Tiger's Alley Found At SAVIAD Items from Silken Moon & Poet's Heart, Plus Demise of Flight, Hawker's House, and no. 7

I just shared an item from Malicia Python - Silken Moon﻿ yesterday but when I saw this new additional item for Tiger's Alley at SAVIAD, I knew I had to style with it. It's so truly me. I found new boots from Hawker's House Clothing﻿ in my little box of goodies. I accidentally discovered the umbrella from Poet's Heart as I did a quick search to see if I owned an umbrella for the photo in the rain. I did AND it was new and from SAVIAD also. How lucky is that? no. 7 has many little treats out at this year's Skin Fair including these 'Kissing Lips' I layered over my Kyxe skin. Only... I thought all lips were for kissing! I didn't know. ~grins~ I wanted to shoot my photos on Image Essentials' sim because I used several new items from Demise of Flight, one of the terrific multipurpose stores that are on that sim. Jeans, the pair pose with a new found friend who came to help, BabyDarkAngle, and the other poses from a Gacha pose set all are created by the same designer. 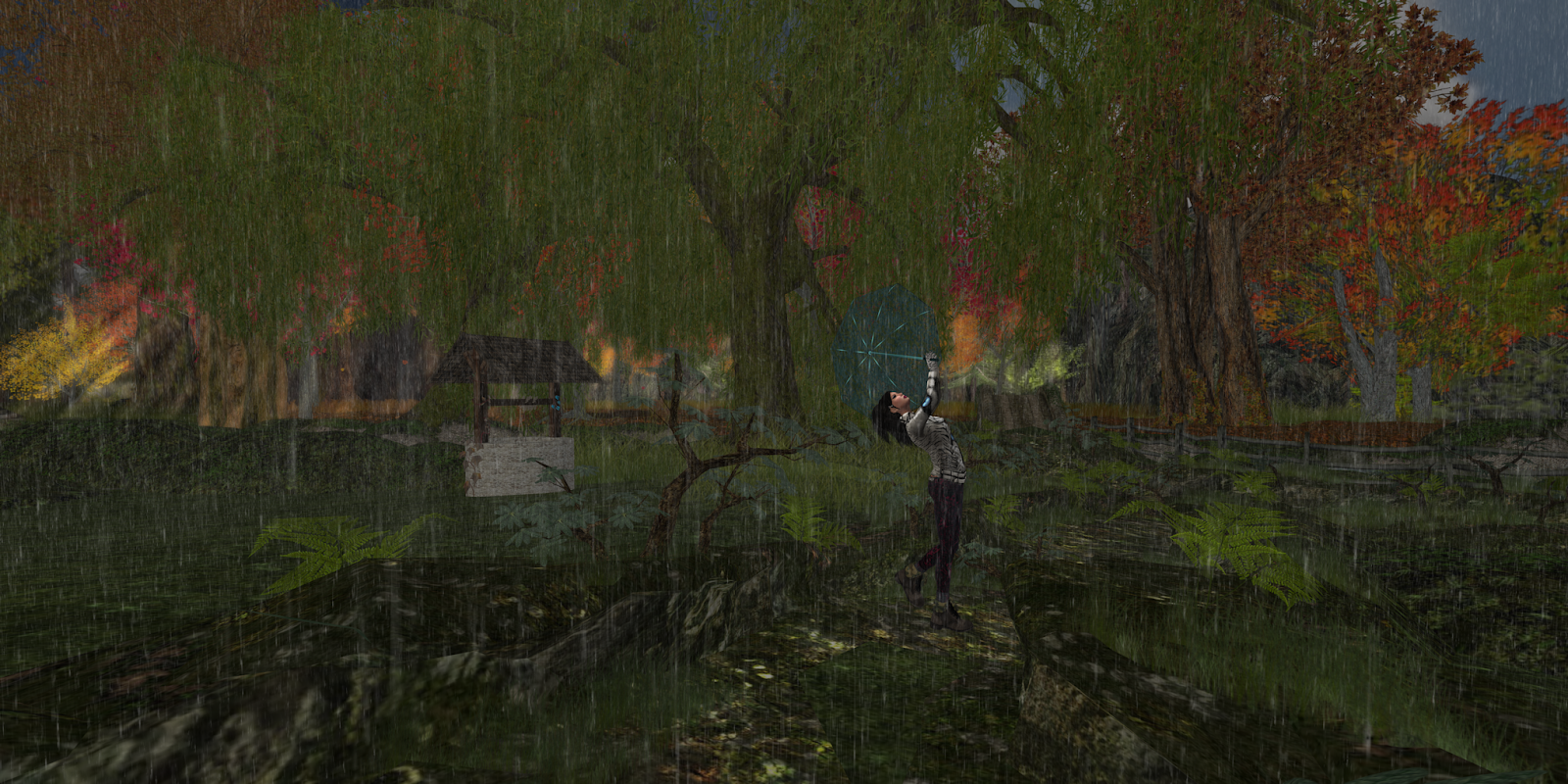 I like to do a few blogs a month from Image Essentials because the owner - Kay Weston - puts so much of herself into the sim and has it open for anyone and doesn't ask for anything really in return for herself.