A Series of Raw Photos for [Mirror's Enigma]

This week I have had the joy of working with Ydreece Forester. She has been designing for a while now, and makes skins under the name [Mirror's Enigma]. We all know the skin makers who've been around for a while. I can recall when Chip Midnight's skins were the best there was. Now there are other 'bests' and a lot of best is a matter of opinion. 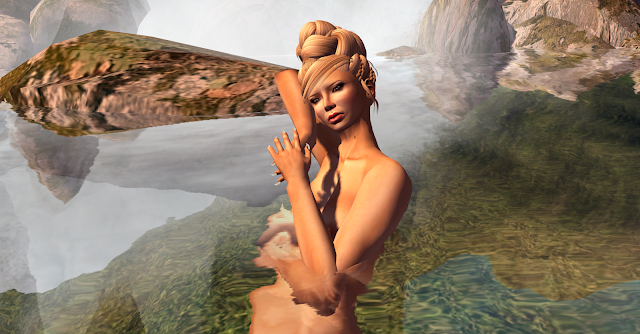 I don't pretend to know all the nuances of what makes a good skin but I do know since I began working with her at a fair last fall, she's improved greatly over each series of skins she develops.

As they say in pictures, "You just get betta and betta, Baby!" She really does! 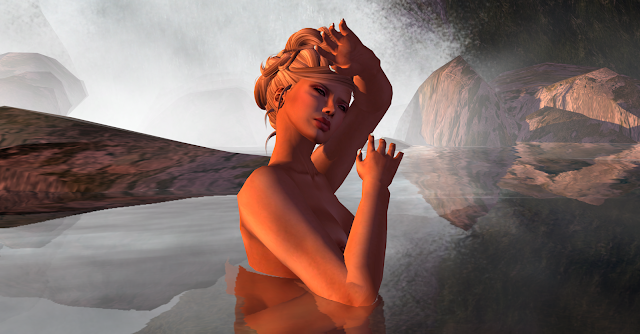 When I mentioned to her that I thought it would be a good idea to include a completely nude skin, no eyebrows even, she took my suggestion and did so. Many MANY skin designers are using last year's eyebrows and if you look at fashion trends you'll see the massive change in shape and the reason we need some really good designers to track those trends and sell us brows along. Maybe she will herself! 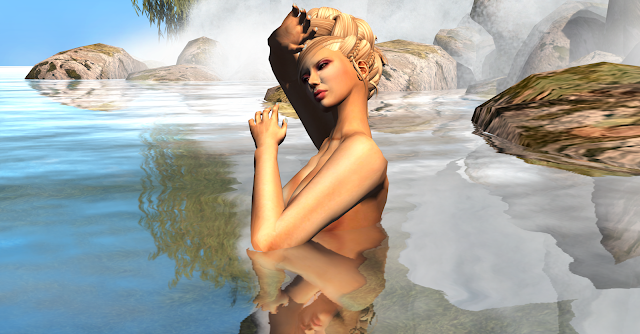 There are many facets of my life that I keep somewhat secreted away from the business world. It's logical. If I were still a secretary, I would not share all my wanton ways at work. I'd save those revelations for people whom I trusted. 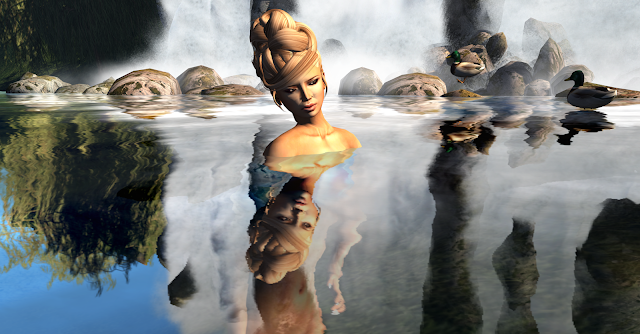 It's still amusing to me that many people see me as perhaps sweet (gack, are you sure!?) and innocent (double gack!) Really? I had a blast trying to figure out how to do these very sultry photos and yet show style and class and reflect well on my professional approach and my personal thoughts on nudity. 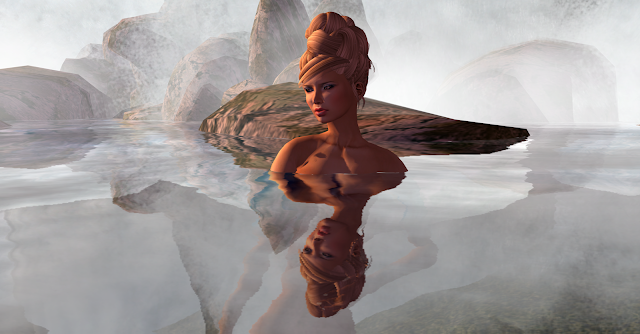 The other day, I really wanted to single out another designer and did an add that resembled an old Calvin Klein add. Just two days later, I was encouraged to snap some photos for a skin release in the store, and did a series, posted them to my flickr, got feedback from the designer, and went back to the site, took new shots and those are now up on my flickr. I really appreciate the comments, but if she wants something different, I might take this series down as well, so I put it on my blog so they wouldn't be lost.

Besides the skin by Mirror's Enigma, I have on a very lovely hair that I keep in my folder because tho the company went out of business, I still love the few things I got from there - Osmose. I have Gaeline lashes because she makes lashes easy with a HUD and mesh! I love her lashes. I'd have 20 pair if she made them. And of course, a blog would not be complete without some FacePaint. On the photo where I'm wearing the natural skin, I have on Face Paint's most recent makeup as well. Enjoy!
Posted by Unknown at 8:42 PM