Angels and Demons creates some of the most unique things I've yet worn to date like this Twink Mesh Dress. I paused to really think about the person who might wear such a gown. The first thing I did was reference Avant Garde in the search bar Google provides, ticking off Images, so I could see a whole wide array of looks, to see if something like this was out there, in our world, and where. 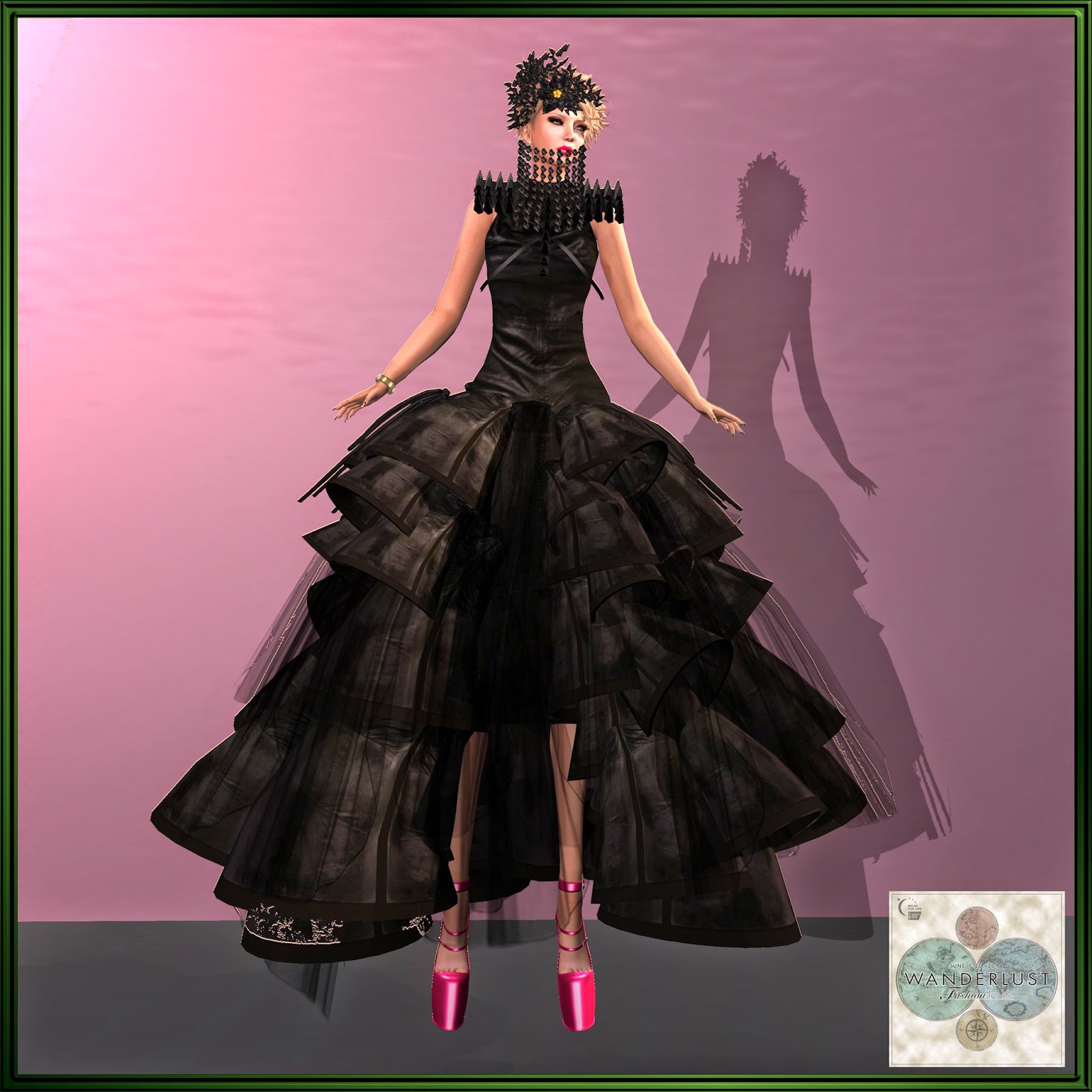 Sandra Backlund graduated in 2004 at Beckmans Design University in Stockholm and created her eponymous brand in the same year. In 2007 she won the Hyères International Festival and, in the following year, she was chosen by Franca Sozzani (editor-in-chief of Vogue Italia), as a protégé for a fashion fund. In 2009, she won the NextGen sponsorship, awarded by the British Fashion Council. She's the designer of the 'real life gown' I'm sharing here. 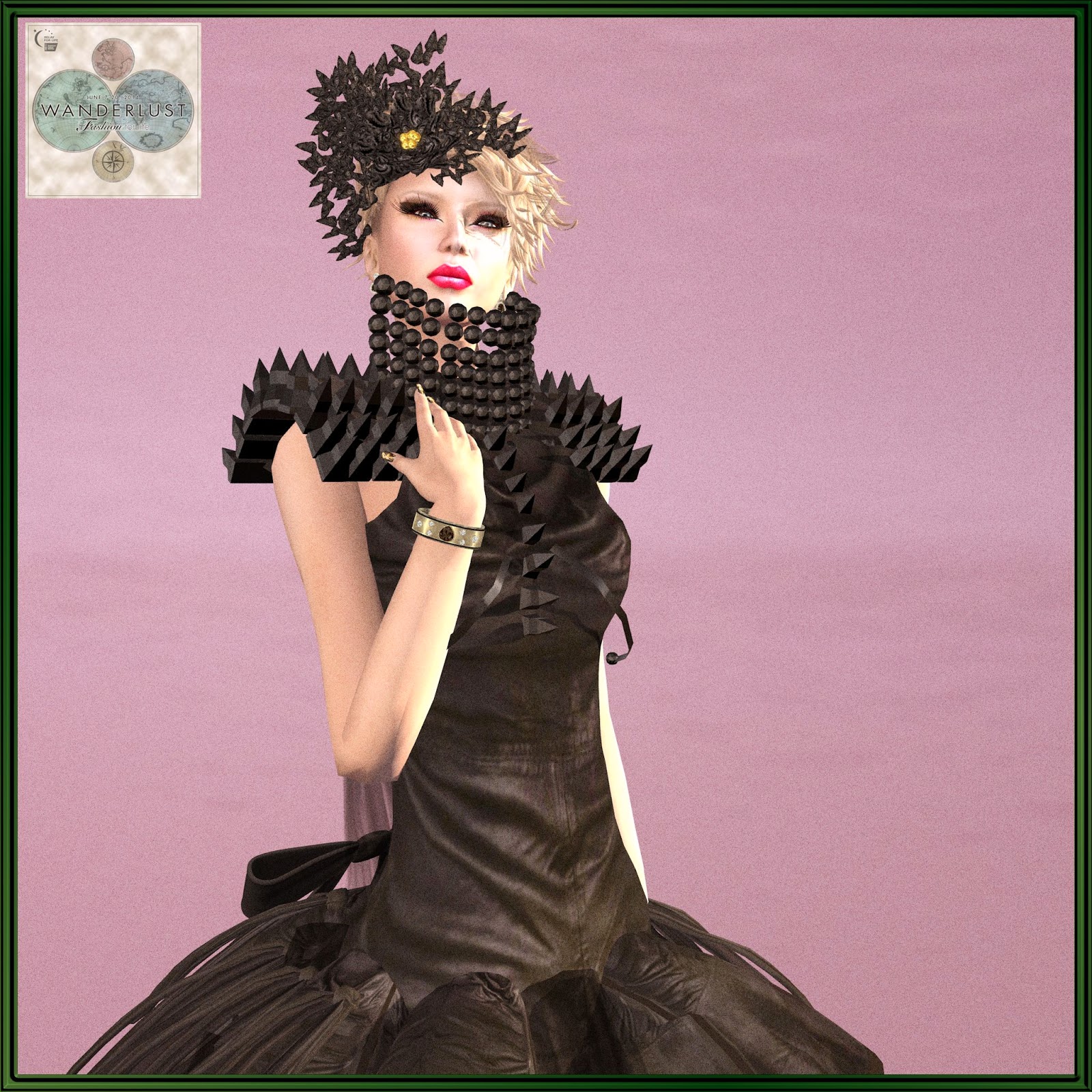 Someone who wears such a gown could be at a charity fund raiser, putting on the ritz so to speak in NYC. She could attend a black tie affair, a new artists debut in a little gallery in Soho, thought the dress could spoil the show, making the woman more interesting than the art. That would be a social no-no, or the making of a high fashion model, or probably both. 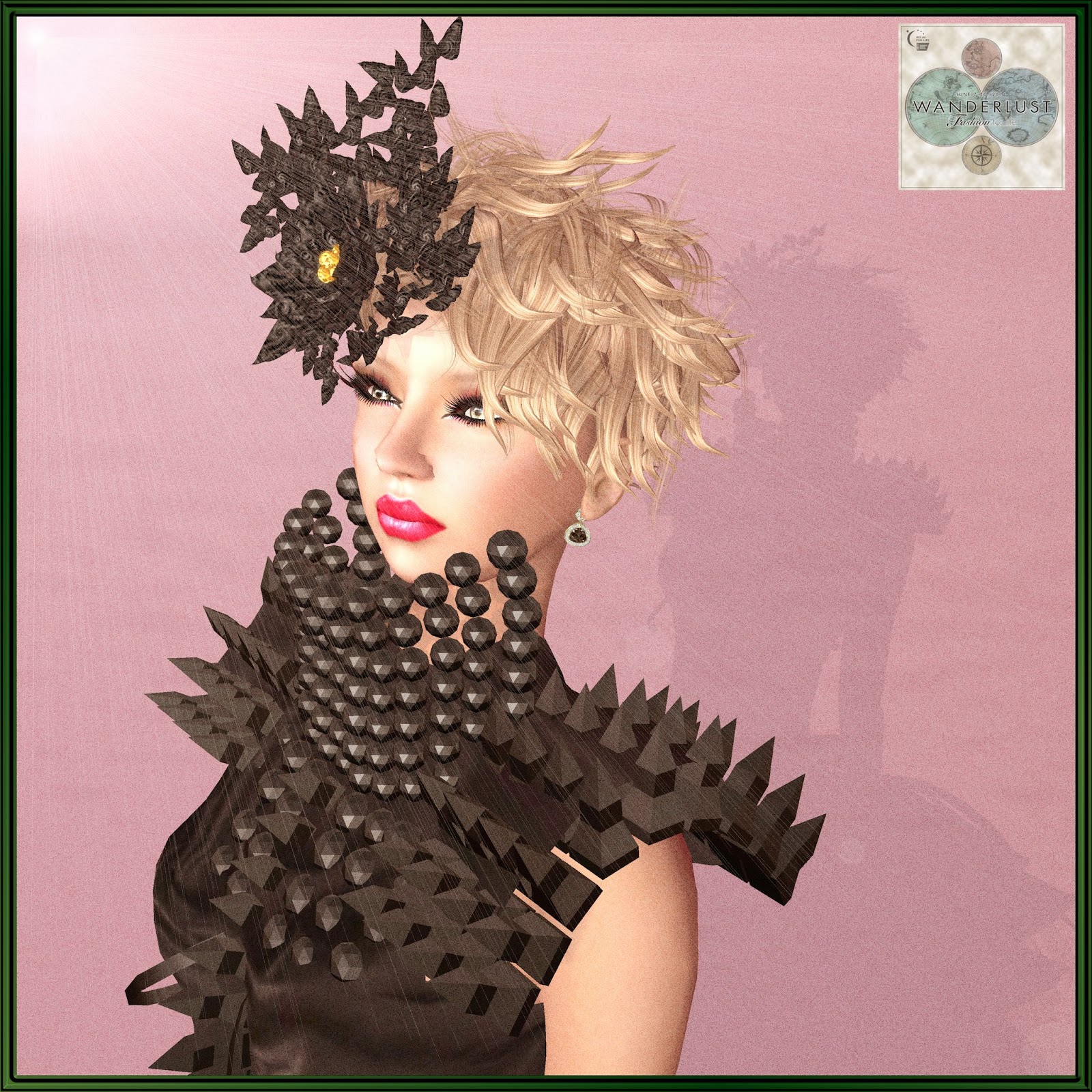 HOLLYHOOD entered Fashion For Life with a wide array of SLink compatible heels and this brilliant hot pink pair shows one design and color. With the black palate, I thought one bright color to pop would be fun. With all the sculpting of pieces in the gown, I knew jewelry could get lost in the mix, but the hairpiece from Lyrical B!zarre Templates worked well. I also have on earrings and a bracelet from Chop Zuey.