Since he posted his version of these photos first, Loredana has already had a taste of how I took her latest creation for The Couturier's Docks and made it suit a Caryn. I can tell why some designers who aren't savvy when it comes to mesh or sculpts would go to a terrific sculptor creator and buy Templates. Lyrical B!zarre Templates﻿ provide just that, and with all the things you could do to transform what you get there, you could have that many unique outfits from just one purchase. 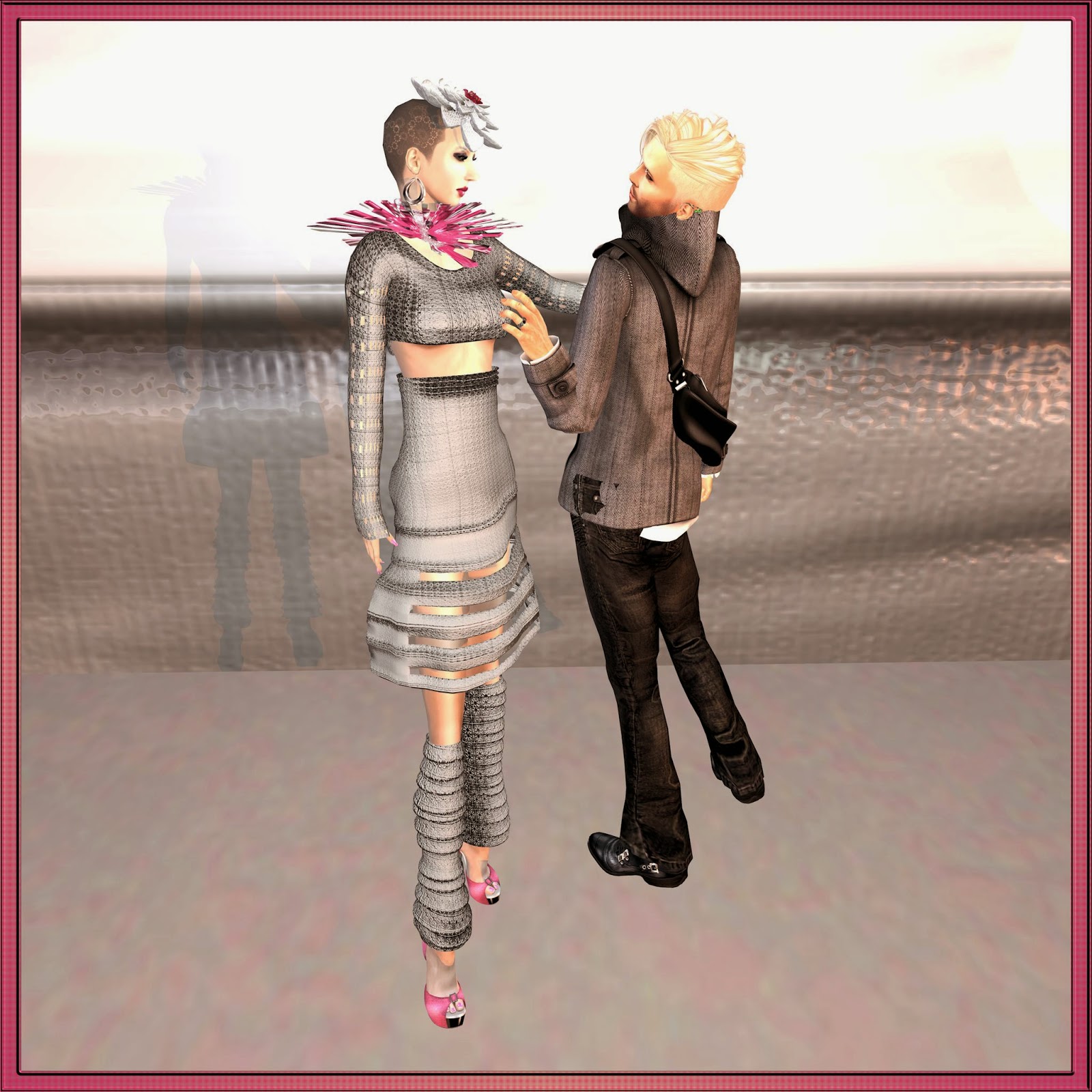 Kodaijin Starfall﻿ answered my request to a group we're both part of and came over to help stand on the pose so we could showcase the pose designer as well as the outfits. I received an array of single poses, runway poses, from [[j'adore]] quite some weeks ago and showed you all of their single poses. They also had a selection of pair/couple poses and with lacking a partner, those pose pairs always catch me unaware. Some have suggested creating a male version of me, so that I could be my own date. The irony in this tickles me! I'm sure it works for many and for many reasons. 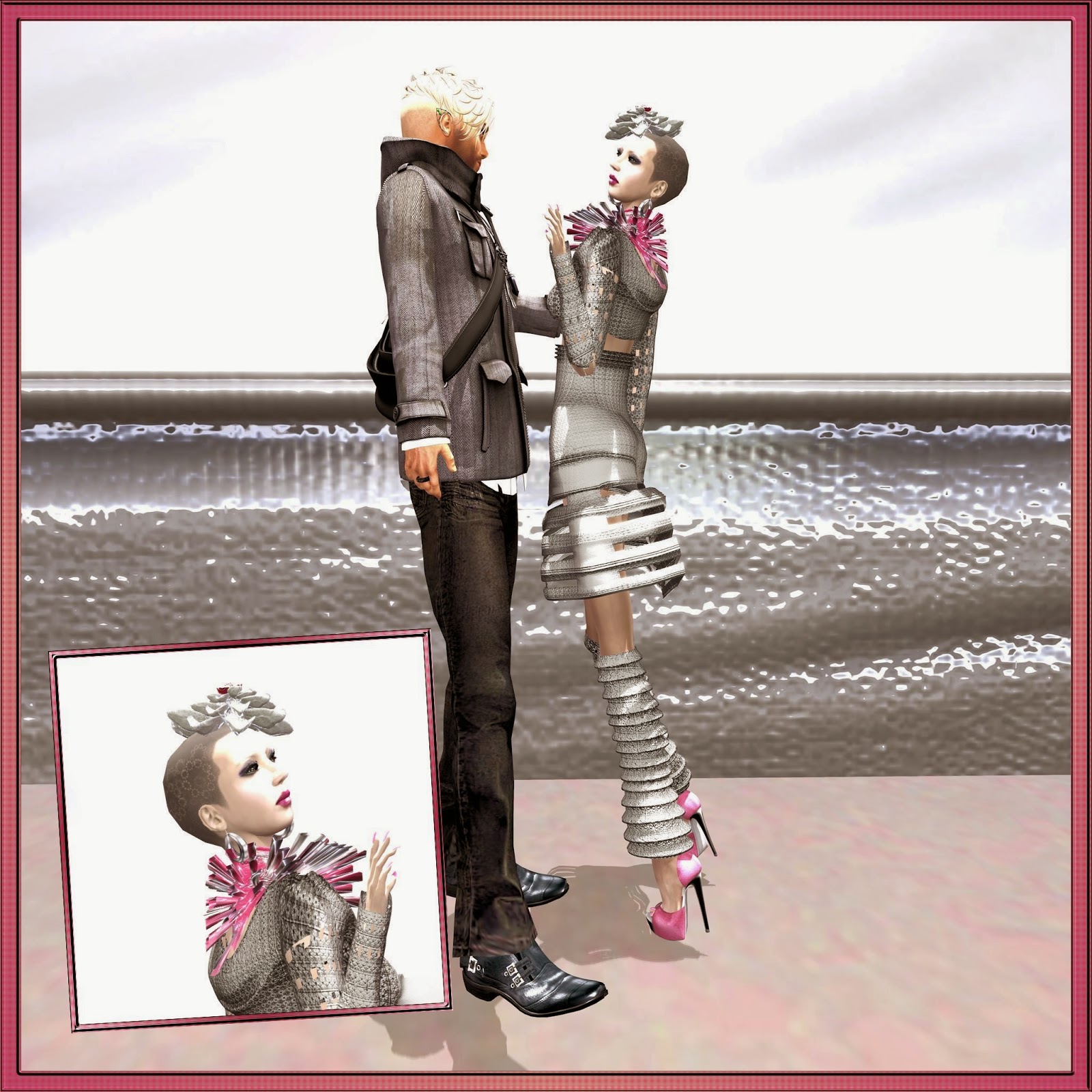 I much prefer the playful repartee that occurs when two people, new people like Kodaijin and I exchanged while setting up and snapping the photos. I already work with the greatest photographer, however, knowing there are many with skills and beauty to share make me smile. Second Life is big enough for all sorts of artistry. And Ms. October has been doing what she does for a long time. This new fella, Kodaijin Starfall made it fun and he snapped a photo with his own lighting system and 'photographer's eye and posted it on my wall and his as well I think. 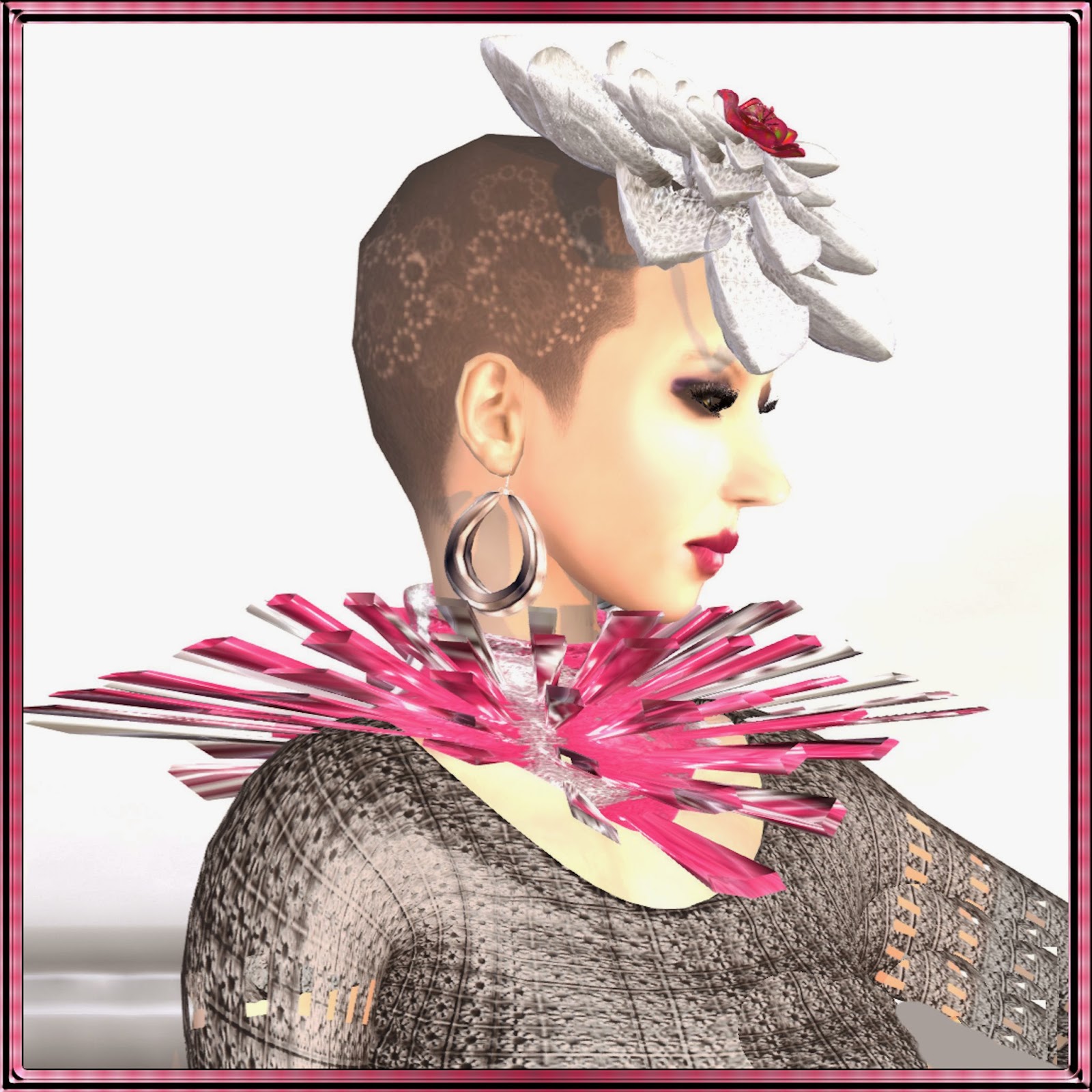 I found the Thorpe outfit fun to modify and if you like it, you should hustle over to TCD because all items shared there are limited versions. I pulled on a pair of SLink read heels from EMPORIUM, the first time I've shared them here, called Warhol. Some of the tiny prints for the nails emulate Warhol's artistic point of view. All in all, I had more fun than a barrel of monkeys, though truth be told, I've never played in a barrel of monkeys and Kodaijin didn't bite or pull my hair like I imagine monkeys might. So...