Every month, a new creation appears for a limited time at Carrie's Lingerie. These limited delicious gowns/lingerie appear at the beginning of each new month, then disappear at month's end, into a vault. 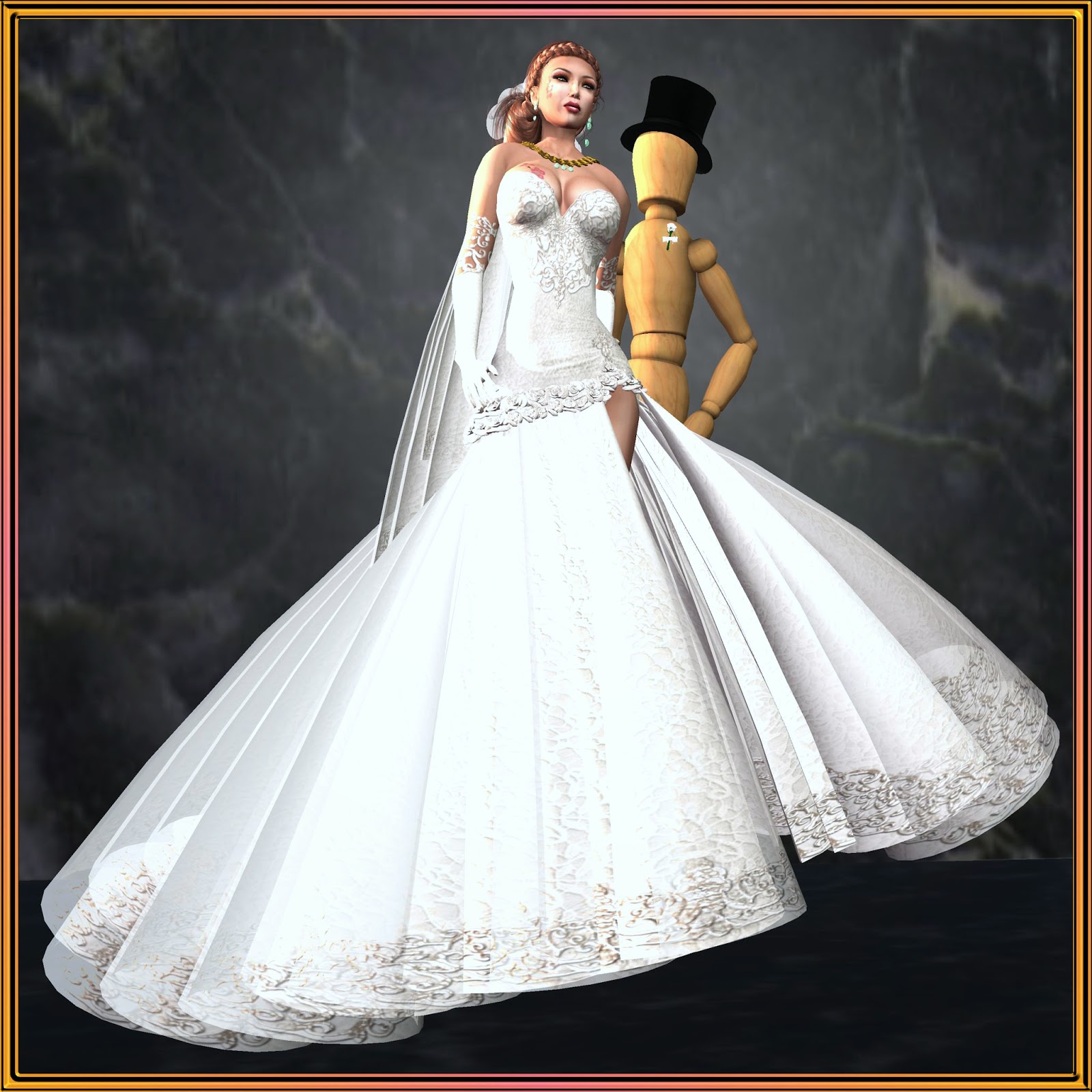 This month, Carrie's has focused on Weddings, for June is the month of weddings, and the limited Trinity gown has all the accoutrements of a wedding gown from head to toe. And as you peel away the layers, hidden underneath is a gorgeous lacy lingerie. I appreciate the detail added to every new Limited, but I think this month's Limited exceeds all previous experiences I've had with the Limiteds. This gown is over the top. And if you always wanted to be a bride, but don't want the hassle of the relationship, visit Image Essentials Props and Poses for this handsome stand in, new this month! 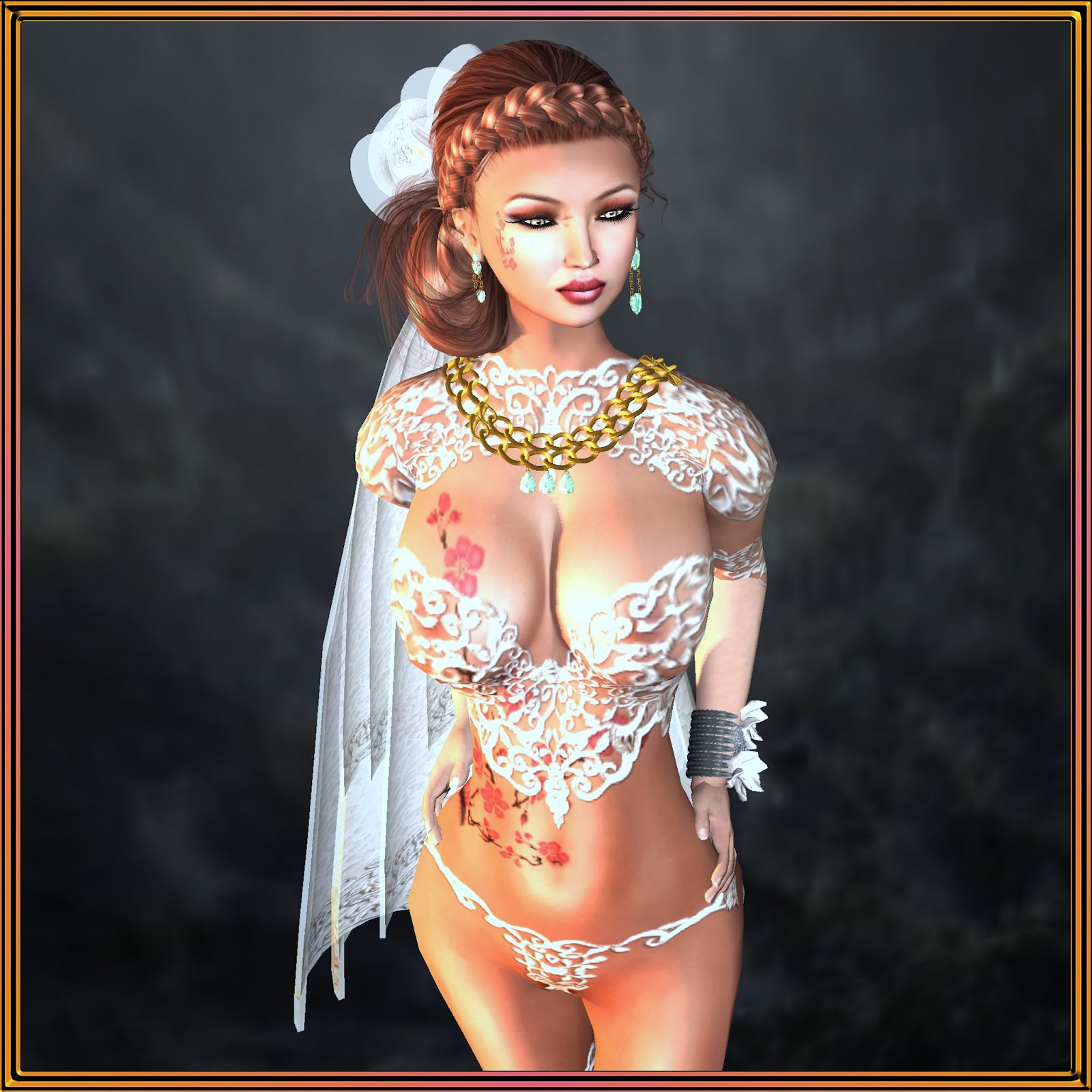 Another monthly treat I look forward to at Carrie's Lingerie happens because I joined as a VIP member 3 years ago and ever since then, in addition to getting a discount on new releases and a special sale wall each month available only to those who are VIPs, there's also a beautiful VIP gift (one for the ladies and one for the gents). 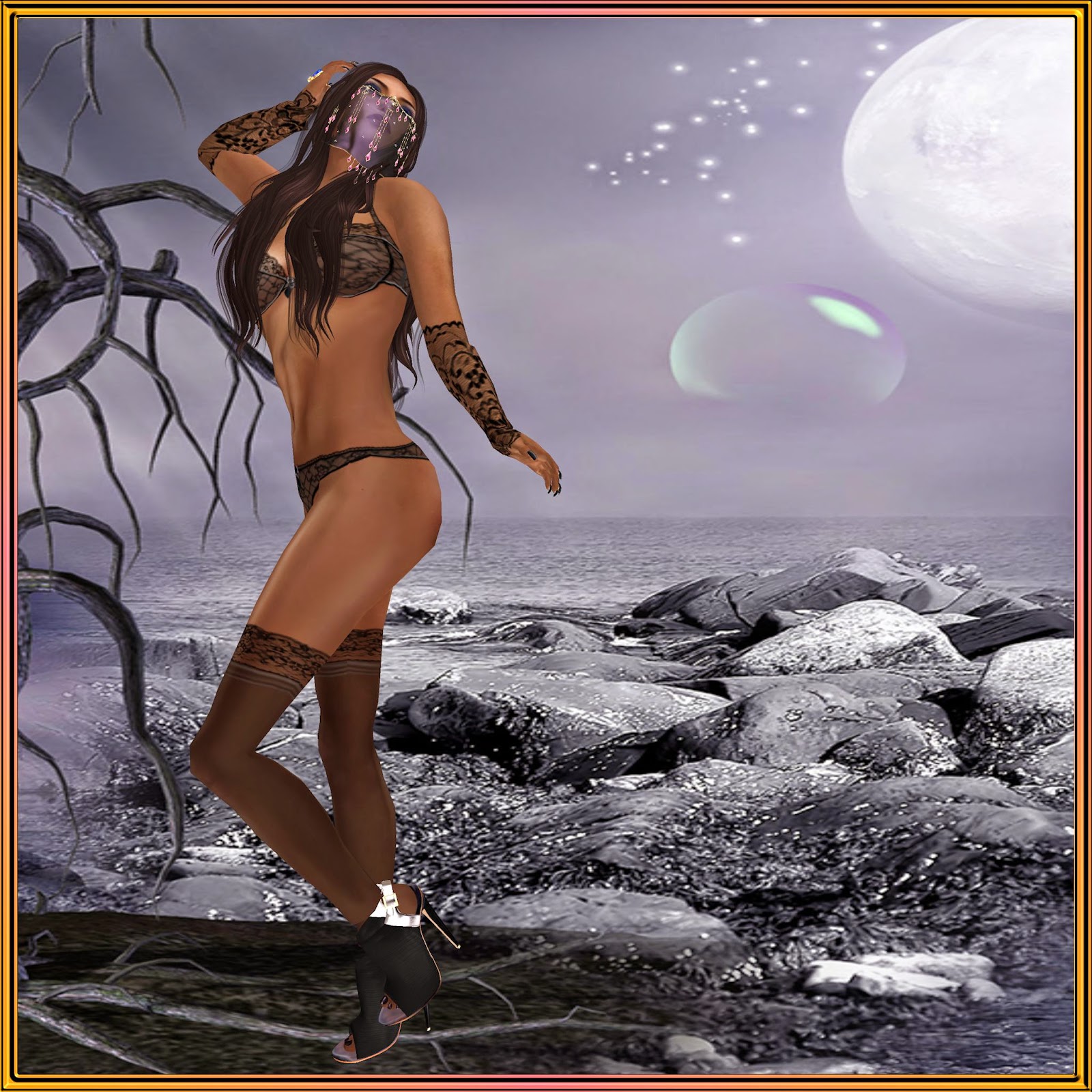 I show the basic VIP gift in the black bra, panty, gloves and stockings set of the first photo. But then I added a wee twist to the photo of the same outfit zoomed in closer. Carrie's gone GACHA crazy and there are corsets in a variety of colors. The first one I got was the basic black and white, and for me, it was PERFECTLY suited to this styling. 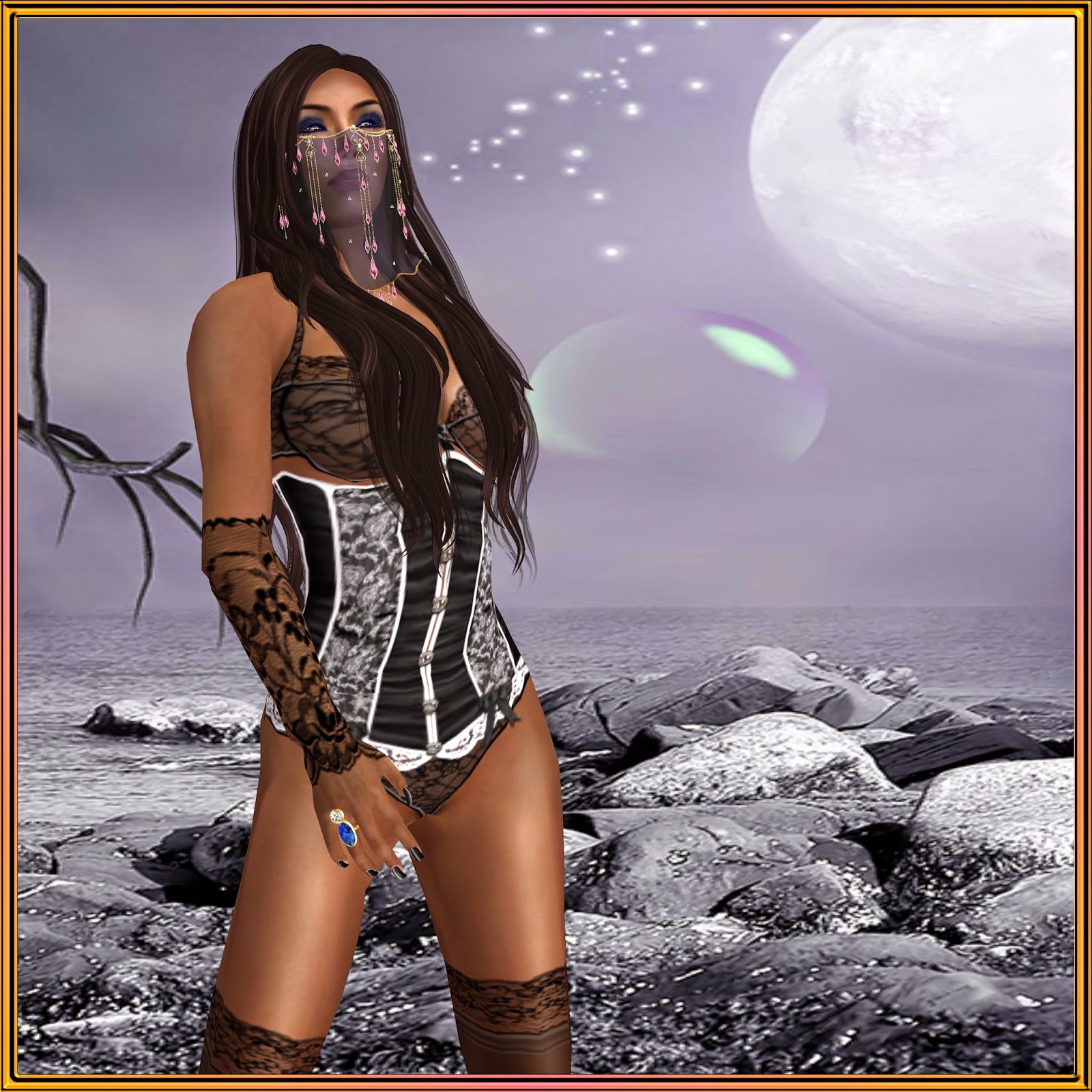 Besides the new lingerie, you'll see new TRUTH hair, only released this week, Zoella. new heels from BSD Design studio﻿, and a face veil from Kastle Rock Couture﻿. Gaeline has several new sets of mesh lashes (on their very easy to use HUD system); I'm sharing Phantasmogoria in this series. For the black based lingerie, I only used one small piece of jewelry, the Labradorite ring from JUMO, and with the wedding photos, I used a new release from FINESMITH, called Three. I modified the earrings so they're each sized differently, so when you look at the photo, I don't want you to fret that you might get earrings that don't match. They doooo, I promise!