Out Of This World -- Featuring blackLiquid

I've seen a lot of variety in Second Life. I used to be very attached to a fella who had a non-human avatar fetish. He wore his human avatar to every event and every location I ever saw him travel, however, he had the craziest inventory ever. 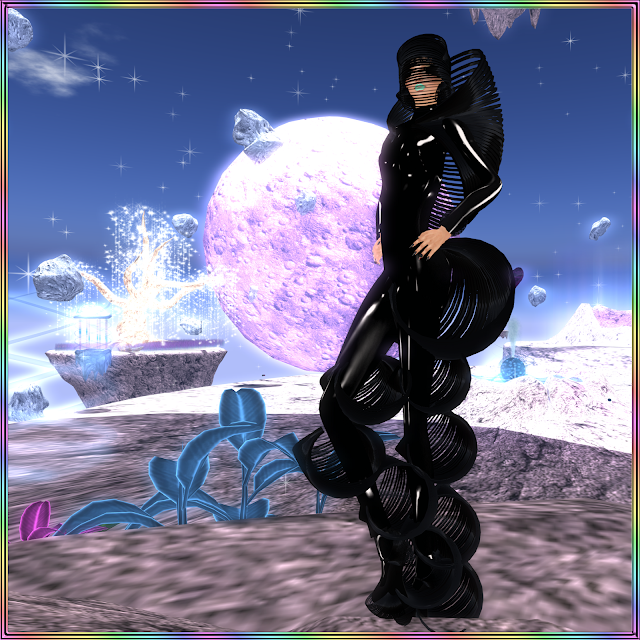 He'd show them off to a few people, then they'd just be a part of his collection. I don't know that I ever understood his passion but I liked him a lot, and if it made him happy, I was happy. I think two or three times in all the time I've been in Second Life, I've worn a non-human avi. 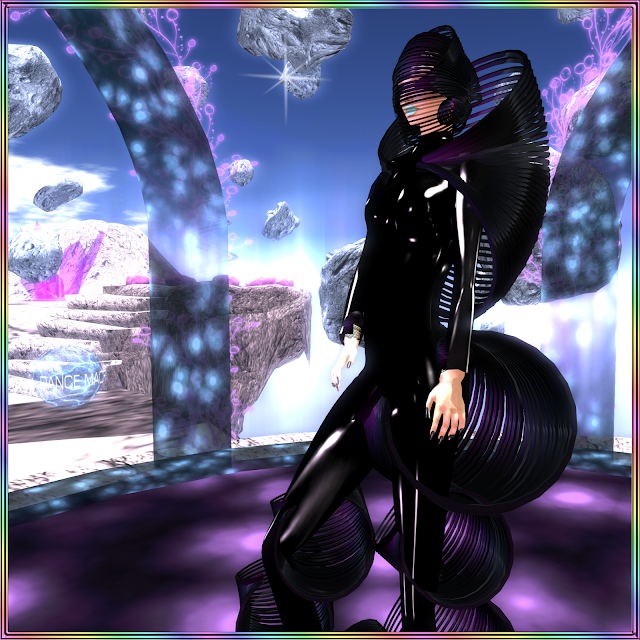 I must clarify on a side note that I did have my Neko phase in Second Life, and the accoutrements that went with this playful hybrid character. Because nearly everyone I knew at the time had done the Neko thing at one time or another, I really never thought it was thinking outside the box. 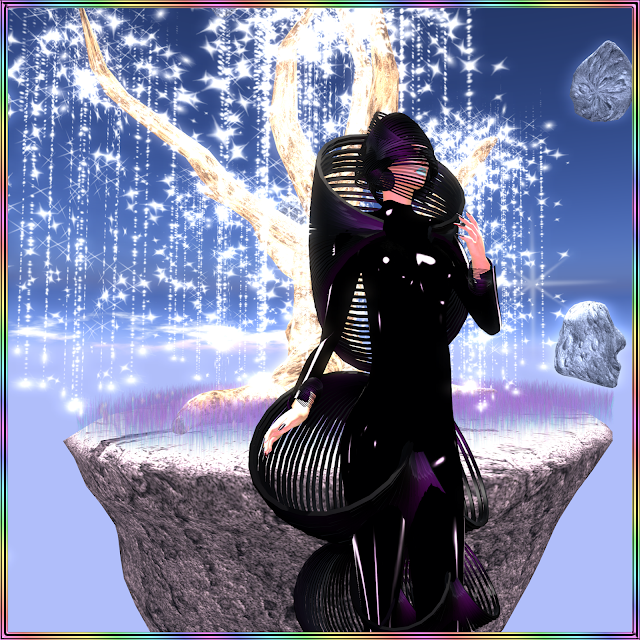 This fantastic costume piece comes from blackLiquid and left me utterly speechless. The moment I put it on, I knew exactly how I wanted to photograph it. I wandered Second Life a bit, to find futuristic in a way I'd never seen before, on a sim I'd never visited, so it really was out of this world. 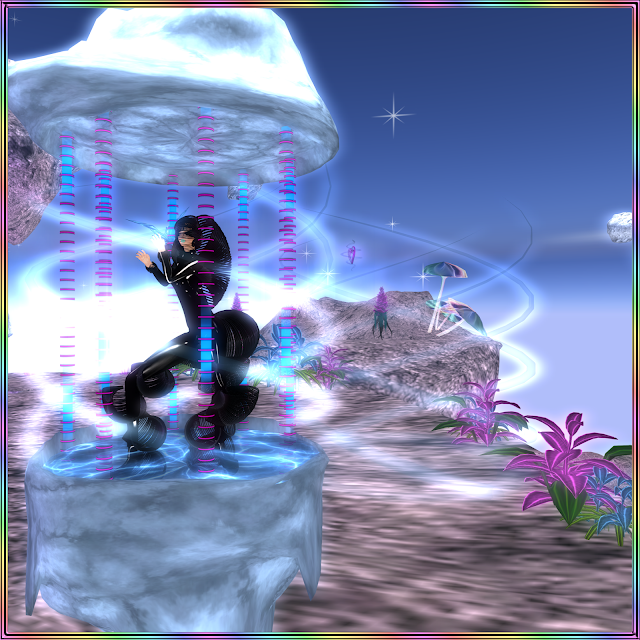 I even did a 'motion test' on this avi, to see how it moved when posed and when dancing. A lot of avatar items I've seen were great if the person wearing it was still, but the moment they began to move, it wasn't so great. When I danced, the whole array of pieces moved fluidly and made sense to me.

I had such fun with this new item from blackLiquid. I hope you do as well.
Posted by Unknown at 12:31 PM

Email ThisBlogThis!Share to TwitterShare to FacebookShare to Pinterest
Labels: blackLiquid