The 'Bride' Challenge
-- A blue wedding dress is traditional for Russian brides. It's also unique to point out that a bride must wear two dresses for her wedding. One she wears for the ceremony and the second she wears after the ceremony ends and she's officially married. 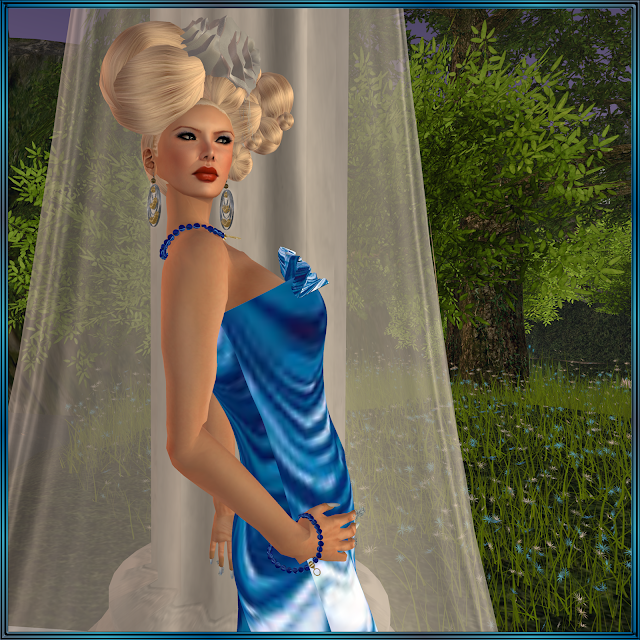 The lavish wedding with all the pomp and circumstance only happened to the wealthy and usually that meant nobility.

If you were not a part of the that elite group, the process was much simpler. This is true for those who wedded in many countries including Russia and my own USA.

A new dress or gown came at great expense and the finances were needed for sustenance not fine clothing. That meant that many women simply wore their best dress or a neighbor or friend would loan a dress.

Many modern weddings in Russia include portions of what might be considered traditional, and since the wall between East and West Berlin fell in 1989, the influence of their Western neighbors influenced Russian weddings (and every other sector of life.)

I love history and wanted to choose a location special to me with regard to history. I want to attempt each challenge the Miss Virtual World candidates attempt.

I chose Russia because I was a Russian History major. I love the unimaginably vast amount of information about the land that was once called the USSR.

I'm adopted, and I have no idea about my genetic heritage. Somewhere along the way, I decided I was at least partially Russian. Though it wasn't based on any real evidence, it's something I've said since I was a child.

I'll be a little sister model, trying everything those big sisters do, in my own way. I think I'll learn from it and enjoy it as well.
As far as I understand this first challenge, the Misses were responsible for putting together a wedding dress look. They were supposed to use items in their inventory and only shop if they needed a few accessories. 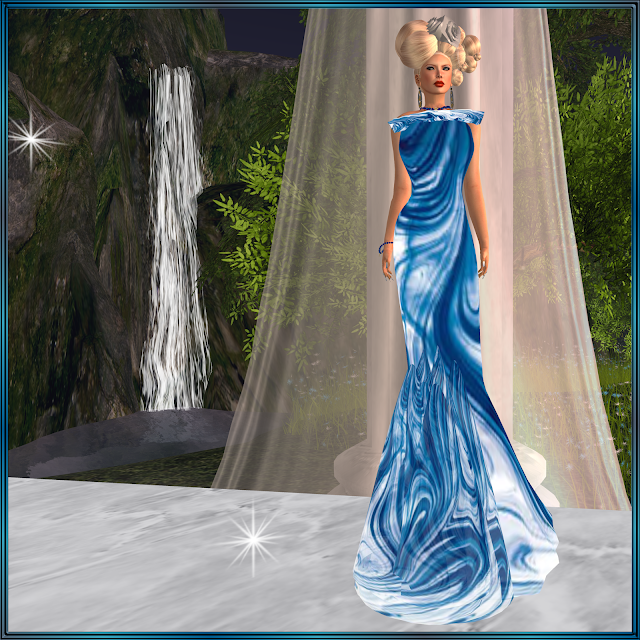 1. I began with a gorgeous blue gown from Evolve. It's a relatively modern strapless gown that swishes slightly when I walk and makes me think of moving water.
2. I put on a great pair of N-Core shoes, the newest release as far as I know, called Sublime. It lets me take the basic shoe and add all sorts of texture change. Both silver and gold are 'good luck' for a Russian bride. These shoes have both.
3. I know I can go to my Chop Zuey folder and find something for every single occasion. I save everything she shares, male or female, and make a small budget for buying jewelry there as well. The set I used today for this gown are the JW Mirror of the Soul Men's Set.
4. I then searched my earrings folder which has a whole wild array of items I've been fortunate to acquire via blogging. The B&A Earrings reflected the beads from the bracelet and necklace and a similar gold tone as well.
5. I combined a series of items for the makeup seen here. First, I've been wearing 95% [Mirror's Enigma] skins. Ydreece Forester creates new skins every so often and every single time she's sent me the newest, it's better than the last.
6. To accent the Azuka Light Skintone from [Mirror's Enigma], I added a darker lip from the set of Kyxe Skin & Shapes pack, Face Paint Black Eyeliner and Face Paint Pop Tart Blue.
7. I found myself amused at the 'Diva' show that everyone talked about today and found a pair of Diva Blue nails from Candy Nail that worked with the dress.
8. I don't think it's possible to go wrong with hair from Bliss. The Amanita hair adorned with Osmose Blanc rose both made me feel delicate and female and ready for such a big day.
9. I own two designers' eyes. The ones shown in these photos are IKON Sunrise Eyes in Steel Blue Pale.
10. Last but not least, I had to choose a pair of poses for some good photos and found two from Manifeste worked wonderfully.

I'll be here for the next challenge, attempting to recreate someone special from Opera. Until then, I'll return my blog to it's normal patterns and appreciate you all supporting it!