Being Someone Else For A While -- Featuring a New Designer on the Grid - Fabouzz, Luziefee, .::Shellac, Kyxe Skins & Shapes, AIDORU

This evening I took a series of photos that were meant to compliment a new pair of boots by Luziefee and a great new top from a brand new designer on the grid. Fabuozz has only recently opened and the lady who's creating items for this new store comes from a far away world and speaks a language I've never been exposed to previously. I've met many who spoke Spanish, French, German, and so many others, but she speaks Indonesian, and that was neat to me. 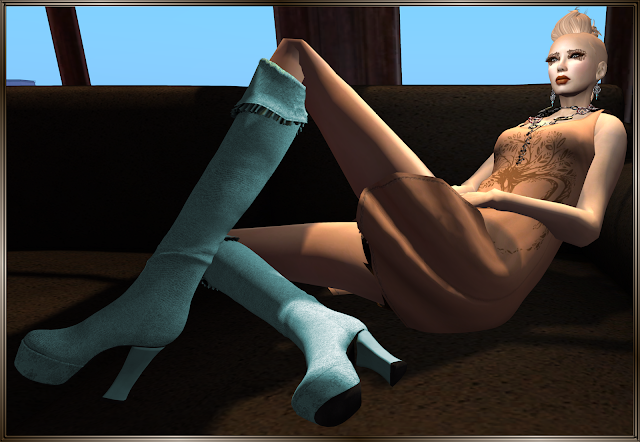 She had a few mesh items to share and I picked one of them. I told her that I'd talk about her, the new business and show you all her sense of style and art. When I put the outfit together, I had the top and the boots on, and otherwise naked. It sounds a bit silly but it's how I build a style. I take the elements I have from sponsors, and put them on, then really try to think about what the girl wearing these elements would be doing while she wore them. And lately, I've traveled all over the grid to find those locations. 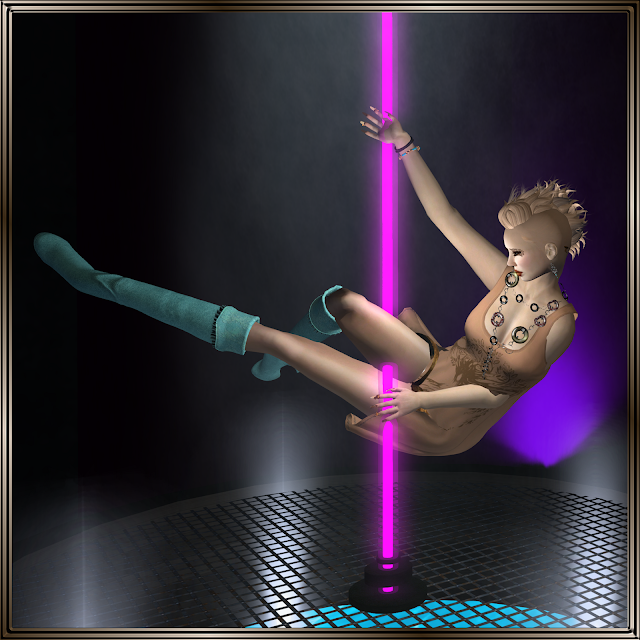 One of the criteria I use to search for sites is traffic. I look for places with low traffic so that when I'm wandering around and posing like a mannequin on someone's property, they're not coming up with curious questions, or getting into the frame unexpectedly. I've found it's easier to work this way. Though I still do meet new people along my journey and that's never a bad thing. I like the idea of meeting people from a whole array of worlds and interests as a side effect of what I do. 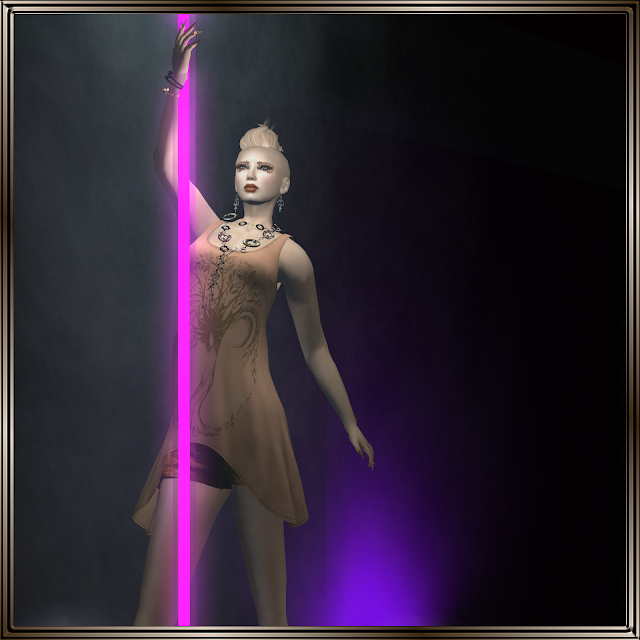 I felt like the top and boots were screaming GoGo dancer to me. I went to work on compiling all of the other little puzzle pieces, till I had a modern version of a GoGo dancer look. Then went on the hunt in Second Life for a club that might support the same theme and make sense as part of my overall puzzle. I found -EMOTE-. The place was small but well appointed. I could imagine a girl curled up on the sofa at the beginning of her day, sipping coffee and waiting for business to begin. 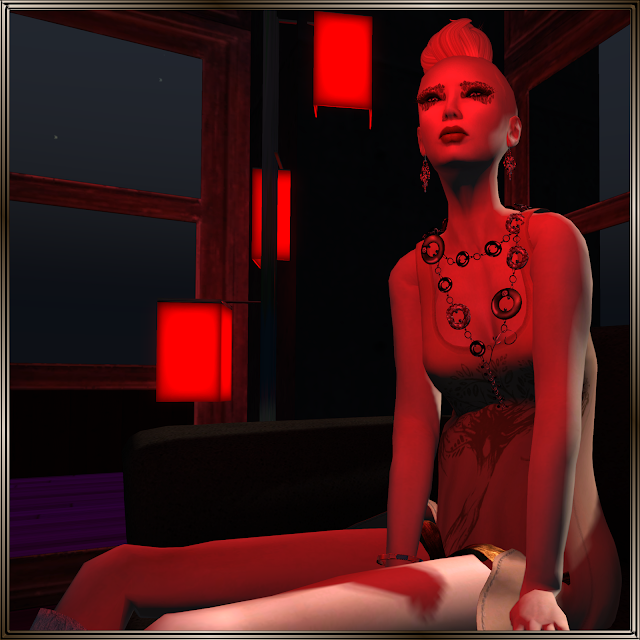 I took a number of photos on the dance poles included in the club build. I realized how incredibly difficult it was to capture a photograph I liked while my avi was in motion. If I took extra photos, I would have a better selection to later use. I saved two for this blog and posted them to my Flickr also. If the beginning of the day was coffee and time to prepare for business beginning, the last photo represents this dancer's world after the club closes and the world is dark and quiet once again.

I don't often explain my thought processes but thought it would be fun to share. I also wanted to make a point of sharing the 'birth' of a new store on the grid. I wish Fabouzz great success!