Talking Unicorns and Magic -- Featuring Icons of Style and appear from Four Seasons Market, .:JUMO:. from .PENUMBRA. Fashion Week, and Bits by Blue at The Promenade

I met a talking Unicorn last night. At first I thought he was a place holder type avi that just stayed in this faery garden, but then I spoke to him and he responded. A real talking unicorn! The little guy in the swing next to me in the other photo didn't ever whisper a peep. Vakkotaur made a quiet added bit of magic to the glen and I thanked him for letting me take a photo with him in it. I also snagged the location SLURL because I enjoyed it so much:
http://maps.secondlife.com/secondlife/Purple%20Fantasy/167/100/3504 The Four Seasons Market continues to offer fun items designed with an Autumn theme. And as I commented last week on umbrellas, I found another series of umbrellas from a different pose designer for this week and used one in this garden of magic. Icons of Style has several umbrellas and a few series of poses related to the umbrellas. Also from Four Seasons Market, the Jasmine dress by appear looks like one of those transition choices you might wear just about this time of year in the south. Evenings are cool, but not too cold, and the days are pleasant but shorter.
I thought of the friendly neighborhood Cao when I put on the jewelry set from Bits by Blue at the Promenade. I recall some work she did 1 or 2 years ago to help raise money to help elephants. I don't think I dreamed it. Elephant in Gold includes a choker with a dropped line of chain down the front, a pair of earrings and an upper arm armlet. 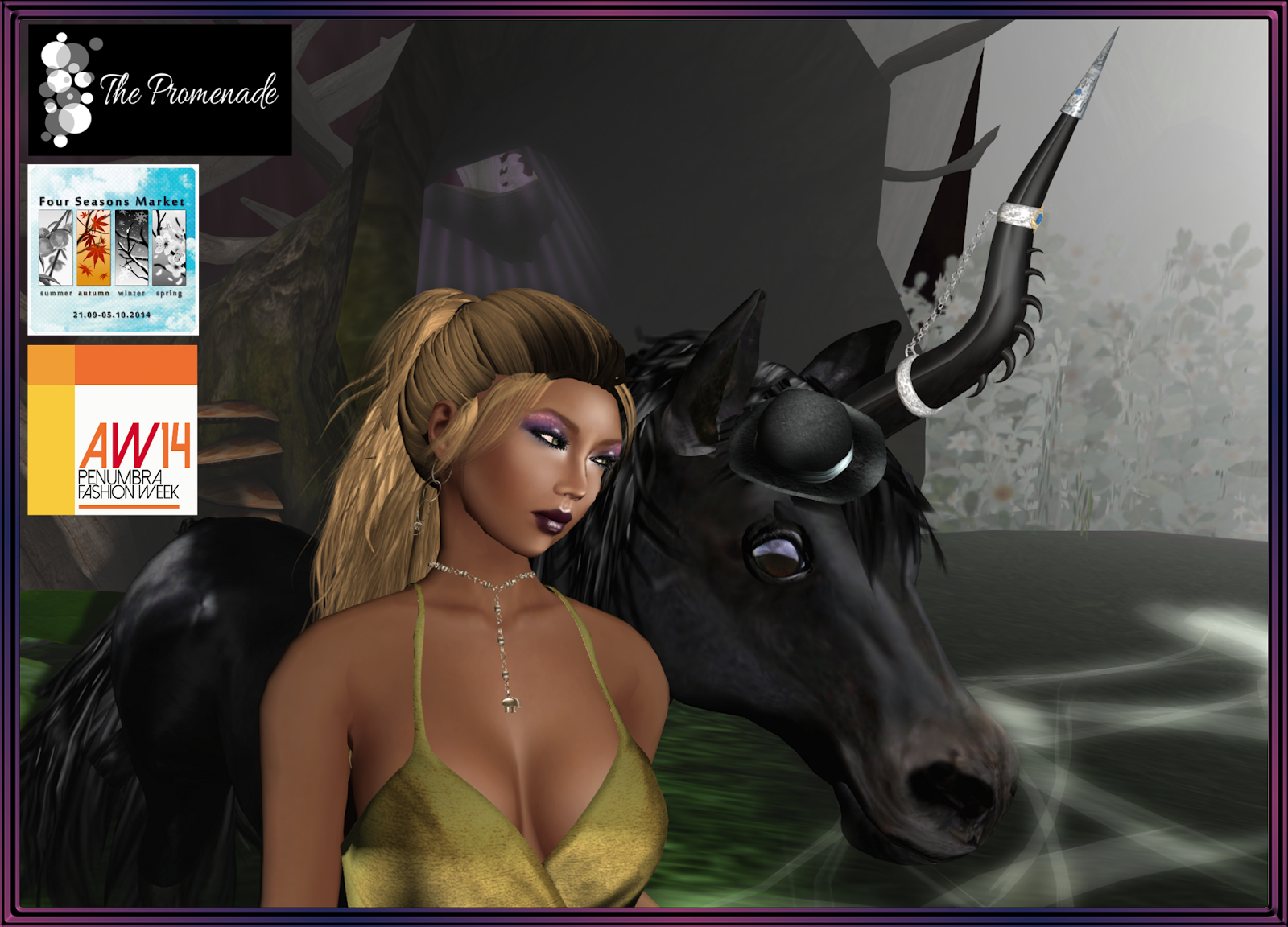 .:JUMO:. mixes things up with very dressy elegant heels and those that are more like sandals. With this easy summer dress, the heels I chose from .:JUMO:., Persepolis, go so well with the overall styling. I wore the black option but the black has a range of grey in several parts that allow light to bounce off and reflect colors around it. In this case, that reflective surface picked up some of the surrounding bright colors.