**Warning: One of my crazy long winded notes! 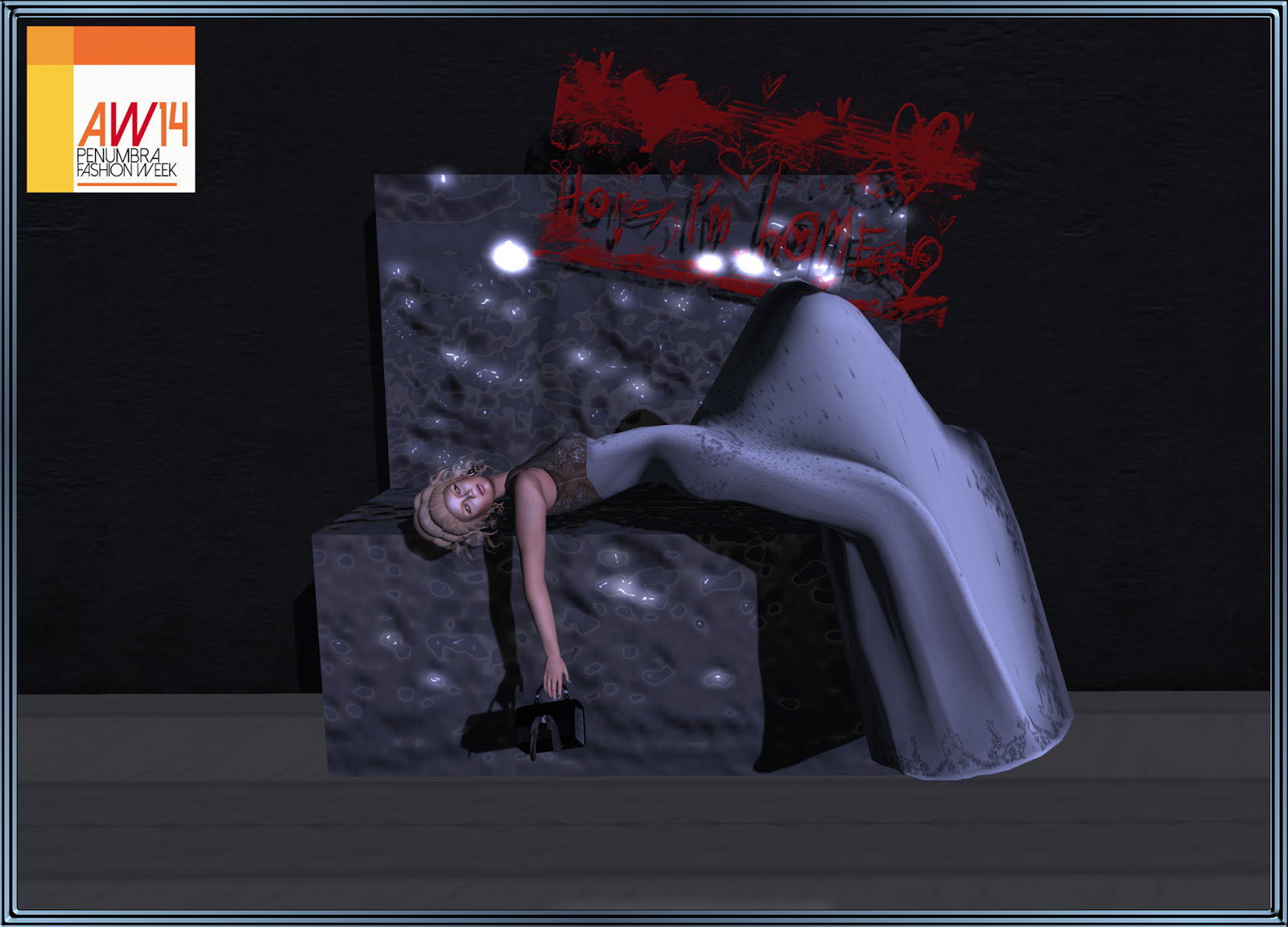 Some day, I want to grow up and be my avatar self. I would go to all the fabulous parties, never wearing the same attire twice. I would borrow jewelry from Tiffany's and have body guards to protect me from being mauled because I had on 3.2 million dollars worth of diamonds. I would have automatic everything. Maybe even an automatic 'mom response' to some of the incessant questions that do NOT stop when the child you once knew becomes a tall, grown... well... child. I'd have the fancy house down by the water that's on Cao's blog today. (I rarely reblog because we're all inundated with loads of data here and there, but well, I want her fancy house and it plays perfectly into my fantasy!) -- http://anchailinalainn.com/2014/09/19/bricks-and-mortar/ I'd have parties every night, music with live musicians to play it, food catered from only the best places, and some sort of amazing medication like the ultra-sexy Bradley Cooper takes in the movie Limitless and... if you haven't seen Limitless, put it on your weekend to rent at Redbox or wherever in your world you grab the movie and popcorn. You won't regret it. And you'll understand why I would need such a drug. With great parties come great people, great dancing, and I've heard it said, though I'm not sure if it's rumor or truth, great parties often lead to great sex. SEE WHY I want to grow up to be me? For now, I will stick to pretending, to playing Barbie and to appreciating the expanse of designers who help create the imagery of my fantasy world. This time, I have on a new gown from .::Dead Dollz::. and I'm not sure, but I think it's the first time it's ever appeared on my blog. The mini-collection I got to see as part of .PENUMBRA. Fashion Week piqued my interest immediately when I saw the names of the items. The box was called Heisenberg and the gown I chose to share is Gray Matter. If you're fans of the hit series Breaking Bad (alas, it finished it's last season in 2013 ack!), the names would amuse and entertain. If you're really die hard Trivia nuts and Breaking Bad is your thing, you'd really enjoy the names of the items produced for this week!

People want bloggers to work with their items, and of course that's what we do and why we're there. In such a massive project like .PENUMBRA. countless designers have added their flair. Many many gowns, a few cocktail/clubbing dresses, a random rare pant suit or jeans set, and then accessories after that. Unfortunately, there are only so many gowns that could be styled in a period of two weeks. However, I know countless bloggers who are trying to do as much as they can and so am I. I'm grateful when I open a box that has jewelry, hair, heels, or other trinkets that add to the ability to puzzle the pieces together in such a way that each outfit is a mix and match of those event(s) that are in progress. I share this because I hope it helps encourage designers to mix it up a little. If I have a box with 4 pair of heels from one designer, and no one else sends heels out, then I will have 4 blogs with the same designer illustrated because they came from that event. But for the designer who sends 4 gowns, I pick the one I think best suits my tastes, and go from there.

And I shared all that to say that this .PENUMBRA. Fashion Week had .:JUMO:. as one of the contributing designers and the array of items submitted to work with from there allowed for multiple pieces to be used. I try to share the love. That's a good way to put it I think and one other bloggers use as well. I don't want to be an Events blogger who ends up only working with three or four designers. I switched to being a full time, fully invested Events blogger so I could be exposed to new creations by new people I've never tried. JUMO, thank you for all the accessories you created and shared! The jewelry in this styling, Salimah OnixDiamonds, made the elegant look even more refined. And ~ghee, who also sent an array of things that allowed for more than one blog entry, shared this purse. It's basic black and silver, but the strands of leather on the side of the purse changes hue with a HUD.

KaTink shares items that I sort and use in different ways at different times. KaTink Poses﻿ has poses, props, items for couples, for romance, for besties, for group gatherings and more. If I could have a KaTink pose set for my 23 family members on my Mr's side of the family, Thanksgiving would be so much easier, right? Only if that were possible. I get pouty (really, occasionally I do!) at times, because I don't have a special someone who would hop into pair poses with me. Most of the time, as a result, I do the static poses and backgrounds. This time, I realized the Pose Meh pack had poses AND a little prop. I set up a little scene, and 'Posed Meh'. Hahaha... and one more quick note. The bright red sign comes from no. 7, and from a box that has a number of other creepy signs, police tape and things I think are preparing us for Halloween.