And if you go chasing rabbits And you know you're going to fall Tell them a hookah smoking caterpillar has given you the call Call Alice When she was just small.

When the men on the chess board get up and tell you where to go And you just had some kind of mushroom And your mind is moving slow Go ask Alice I think she'll know. When logic and proportion Have fallen sloppy dead And the white knight is talking backwards And the Red Queen's "Off with her head!" Remember what the dormouse said, "Feed your head." 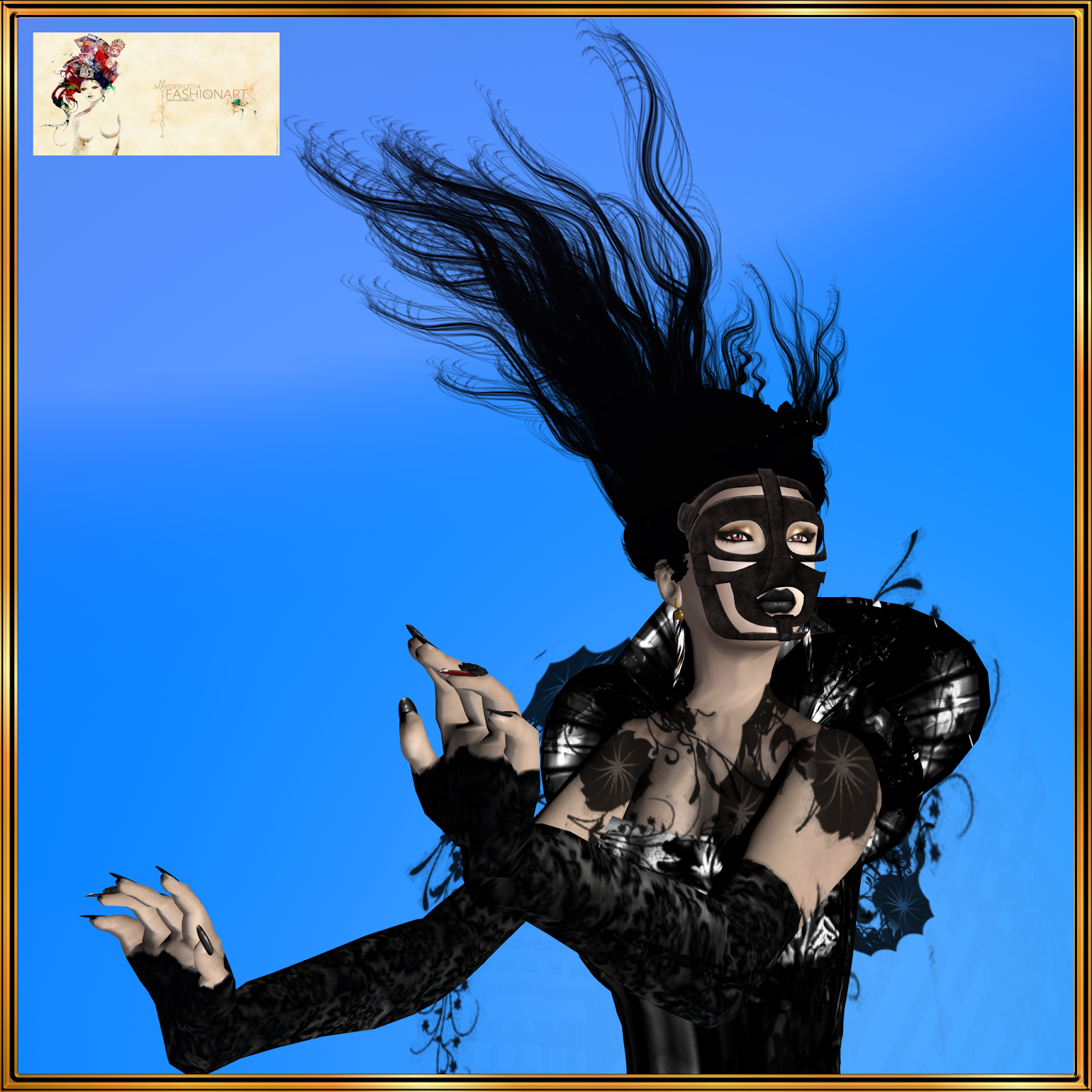 I put together this wild styling with Violator by Soraya Vaher﻿ at the heart of the design. The new Light and Shadow Pretaporter has lines and curves that inspire almost a madness. For that reason, this old song by Jefferson Airplane came to mind. I began to put together pieces after that with chaos as the core aesthetic. Black lips from Jumo are a part of a set from FASHIONART Faire. Face Paint has a set called "Killer Liners" and I used one of those, apt to the overall feeling. And no. 7 had a series of masks out during a Gacha fair in recent past. The Dark Mask was one of the items from that series, and something I hadn't shown. You've seen EMO-tions Semiramis style before, on my blog and others' perhaps, but you've never seen it like this.