There's something really magical about certain pieces of inventory I receive from time to time. I don't know why it hits me like it did, but this red dress called Passion spoke to me. It's far from ordinary. The flutter of action of the dress is mesh, and it's as if a wayward wind blew up the dress, Marilyn Monroe -esque, and then the designer captured that energy forever. 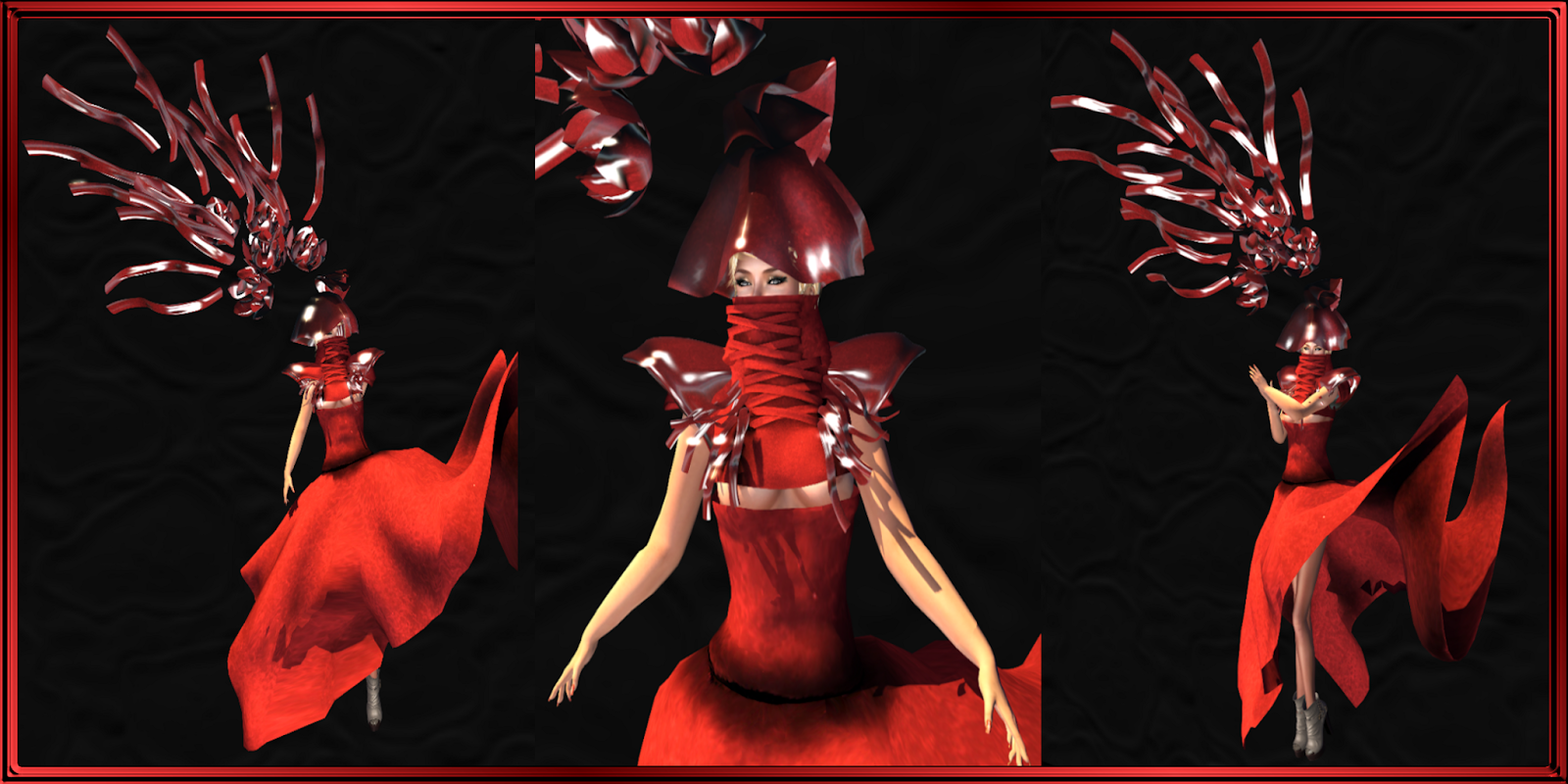 I have so many emotions flitting about inside my head at the moment. As a result, I had about 4 different ideas for style and setting. I like to think, "Who is this girl?" and "Where is she going?" Most of the time recently, the girls are someone, somewhere in a world of my imagination, not often representatives of me per se, but a viewpoint into a potential alternative universe me where I COULD be that girl. 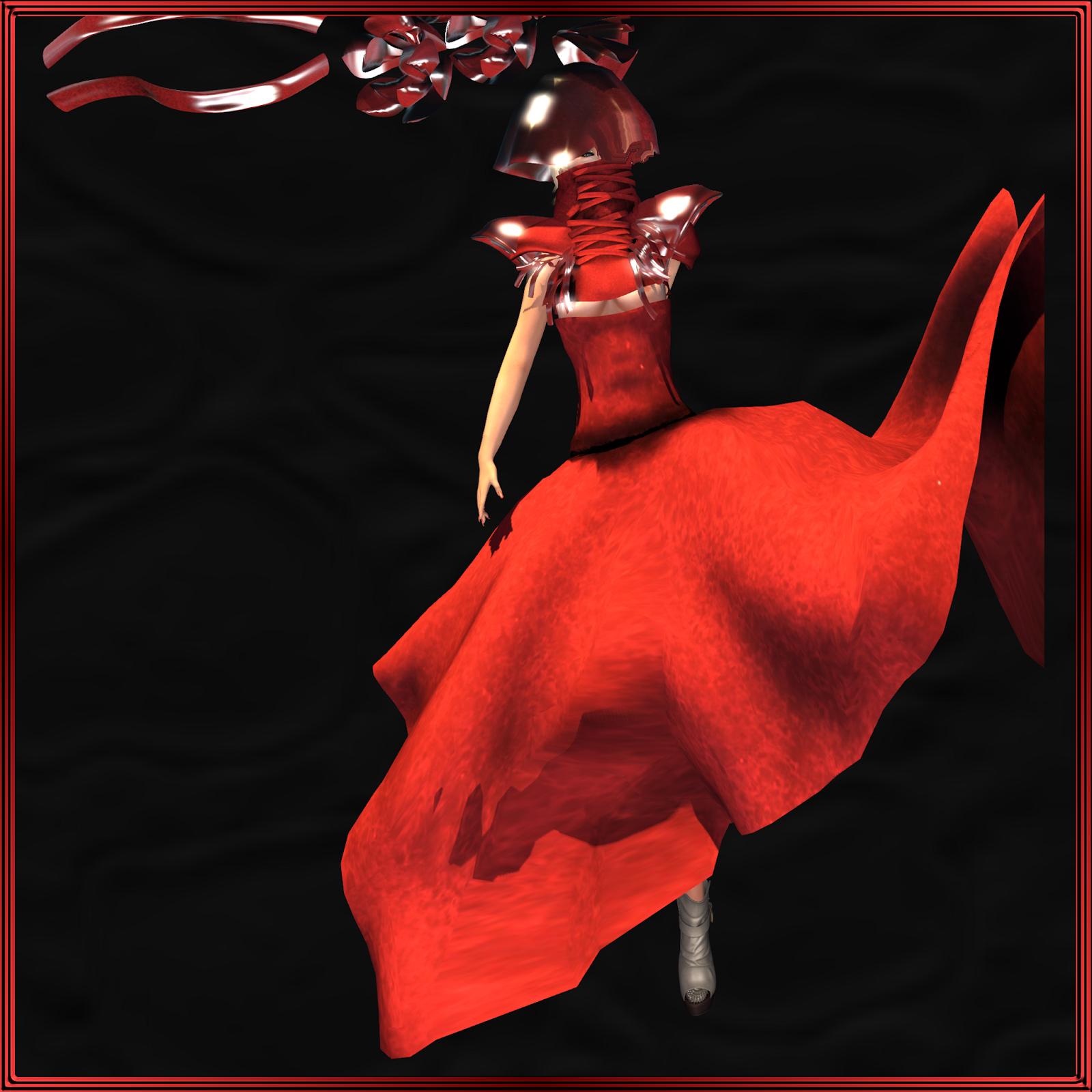 Is she a femme fatale? It was one idea I had that ran through my veins as I styled it. The fact that you cannot see her face, only her eyes, made me think of the brilliantly clad spy at a fantastic soiree. A female version of James Bond could wear such a gown, and all of those pieces be neat little tricks of the trade that Q added to make it both gorgeous and a gown that could get her out of a pinch when she needed it. 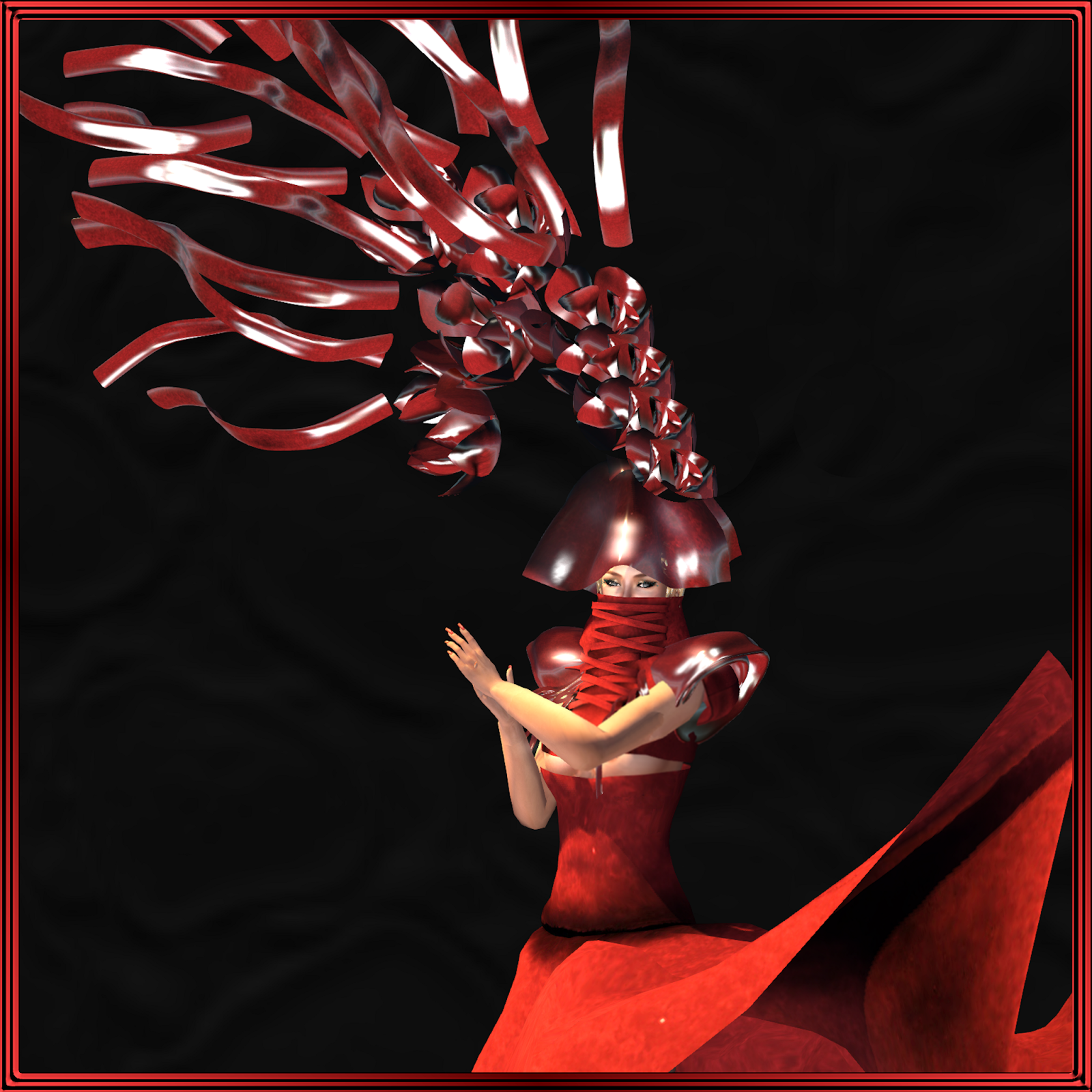 Is she from another dimension where gravity doesn't pull everything down, and so the floating flap of exhilarating red stayed as it did because that's how it done in this alternate universe. And my mind ran wild. When you're dealing with a lot of emotional issues, it's wonderful to consider alternative plans that land you otherwheres, and far from those overwhelming things. 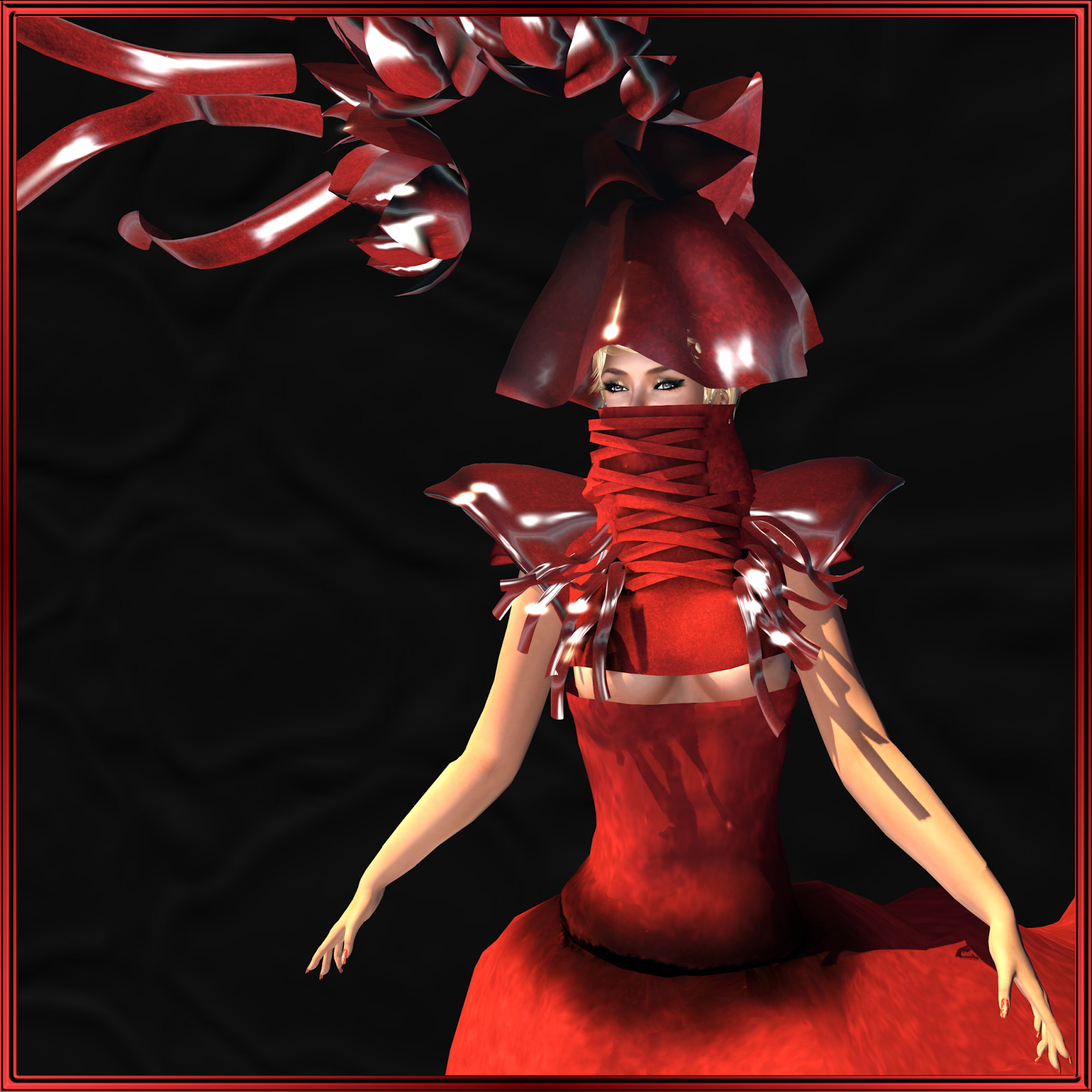 If I lived in a world with low or no gravity, does that mean I could dance in the clouds? I think perhaps I will. [AD] (AngelsDemons) created this intoxicating gown and inspired my dash of imagination. Silken Moon contributed the cloud walking boots as well as the nail appliers. Kyxe brow layers enhanced the bit of face that shows as does new products from the newly reopened Face Paint.