With pose creators, they seem to make them in packs of five or ten. As a model, and as I've prepared different looks, I noticed that if the pack were used in tandem, it looks like the pack could be used all at once on a runway and display a dress, or boots, or something with each pack. I have much much more experience behind a camera than on a runway, so this is only my perception. I had fun with setting up the poses here, from KaTink. One had hands up, and I immediately thought stealth, like on Survivor when one of member of an alliance overhears something while listening behind a bush. You'll see my rendition of that in this set of photos. Thank you KaTink. Many of the items that come with different fairs and events are full outfits from the get go. I feel responsible to show you as many parts as possible in such outfit sets. I like separates a lot, as well, and when I have the chance, like I did in this series, to put a top by one designer with a skirt or pants or shorts in this case, it's more of a puzzle to me. The sweater print is from WERTINA at Easter Market, and the shorts are from PICHI. I also have a new set of nails from Candy Nail, from Japan Fair. I've been a Candy Nail shopper for a few years, so I enjoyed finding Candy Nail as part of Japan Fair and knew it would be a treat. There are several styles, some with very unique sculpts for the nail's shape. You have to go and see! EMO-tions spoils customers with new gifts regularly. The hair that Ms. Mirja Mills﻿ is giving away this month is seen in these photos, Suri in the Snow color. The headband will change colors, to optimize your use. I liked keeping it white so it would show the bold difference between the white head scarf and the Marigold skin tone from Kyxe Skins & Shapes﻿. The very very up close and personal head shot was taken to show you a whole new product idea that was added to Kyxe inventory this weekend, brow tattoos to add drama to your skins in many color and shape options. Across runways in the world of fashion off line, brilliant colored hair and unique brows are trending. This means more pink and blue hair this spring! I'm going to dye it!! And also thick, or cut or even brightly matching brows are on the horizon. 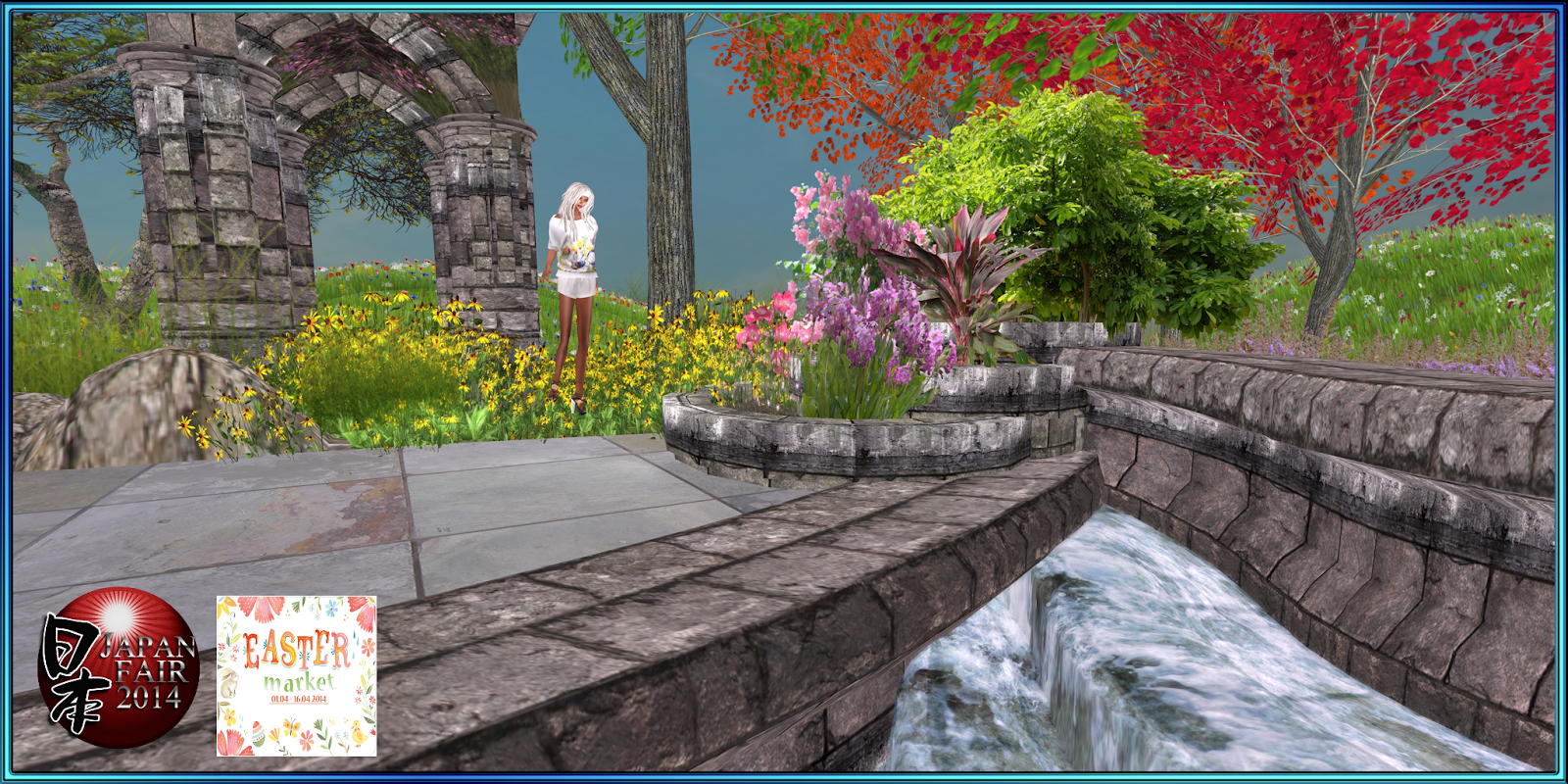 Babycham PagneSass﻿ touched my heart when she allowed me to begin blogging her shoes mid-year of 2013. I knew she crafted her own mesh forms for each new shoe, and she had her own ideas and dreams to creatively add something to the fashion world of Second Life. I think she's had an impressive new year, and for one lady (me!) she's made my heart soar more than a few times as she shared a new style here and there. The Super Model shoe was the first shoe I blogged for her and now she's released a Special Anniversary version of it, and the Nu Purple suited just fine for this styling. I wish her the very best in 2014, and beyond as she continues to grow. One other detail is the Brooch from Chop Zuey. The small heart pin stuck to my sweater made me think of the pinning that used to occur in the days when my parents were dating. If a fella liked a girl, he'd pin her. I think it was like a promise to a promise to a promise, that meant it was possible, even likely, that the couple would marry after high school ended. I don't think there are little significant moments like that in modern teen culture. It's a sweet little heart pin and beautifully designed.