In the Land Of Makebelieve Featuring Finesmith - Cordelia

Just about anything may be done by just about anyone in Second Life. Phillip Linden, the creator and original CEO created his world, he knew he wanted it to be a world that blended the fantasy of a video game and the reality of chat sites and social media. He also wanted to create a world where a viable economy would be developed and avatars could work in virtual space making and selling virtual items to earn REAL money. 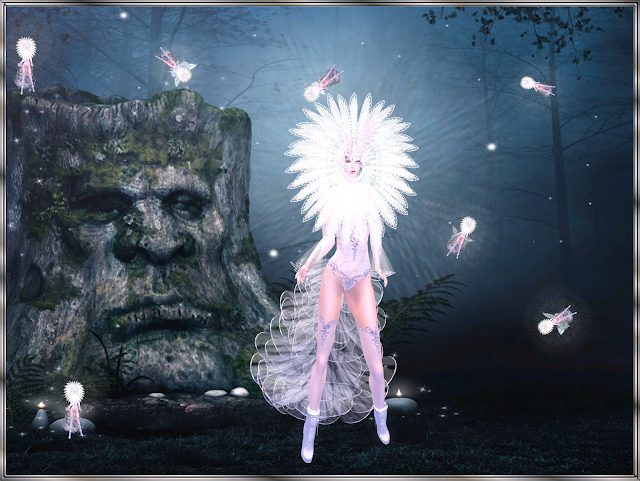 The only limit I have in my Second Life comes in my own depth and breadth of imagination. I put on this feathered head piece, a most unusual mask of sorts, and my first thought was 'snowflake'. I could share a wintery scene and be one of the snowflakes. I don't like to rush my holidays, however, so when I found this setting, I knew I would be the fairy princess in a land where fairies existed and the trees talked.