Near the end of 2013, I was thinking intensely about how I could work with my blog in 2014 and do something more with it than 2013. I evolved a great deal between 2012 and 2013 and wanted the same to be true the next year. Then I really wasn't here. Yes, I blogged continually, coming in just long enough to style and blog an outfit, then heading back to bed. It put a damper on my ability to add to what I'd started, and for a while, I felt really badly about it, mostly giving myself a hard time. Then I realized what I would say to someone else, if they came to me with the same story, the same sense of guilt or remorse, and that look, you know the one, hands in the air, eyes rolling, and that face that says "I give up." Well I haven't given up, because I had the same talk with myself that I'd share with a good friend. If I'd tell my good friend that it was okay to be human, to falter, and that health and things like that surpass anything related to the net and if friends and coworkers didn't understand, then I would still need to do what was good for my body. It was a good little pep talk and I feel more rejuvenated as a result. It may almost be July, but I think despite my health's roller coaster January through June, I've done a lot of blogging and none of it looks worse for the wear. I had fun with it. It helped me avoid thinking about self and focusing on negatives. In essence, it was exactly what I needed it to be when I needed it. 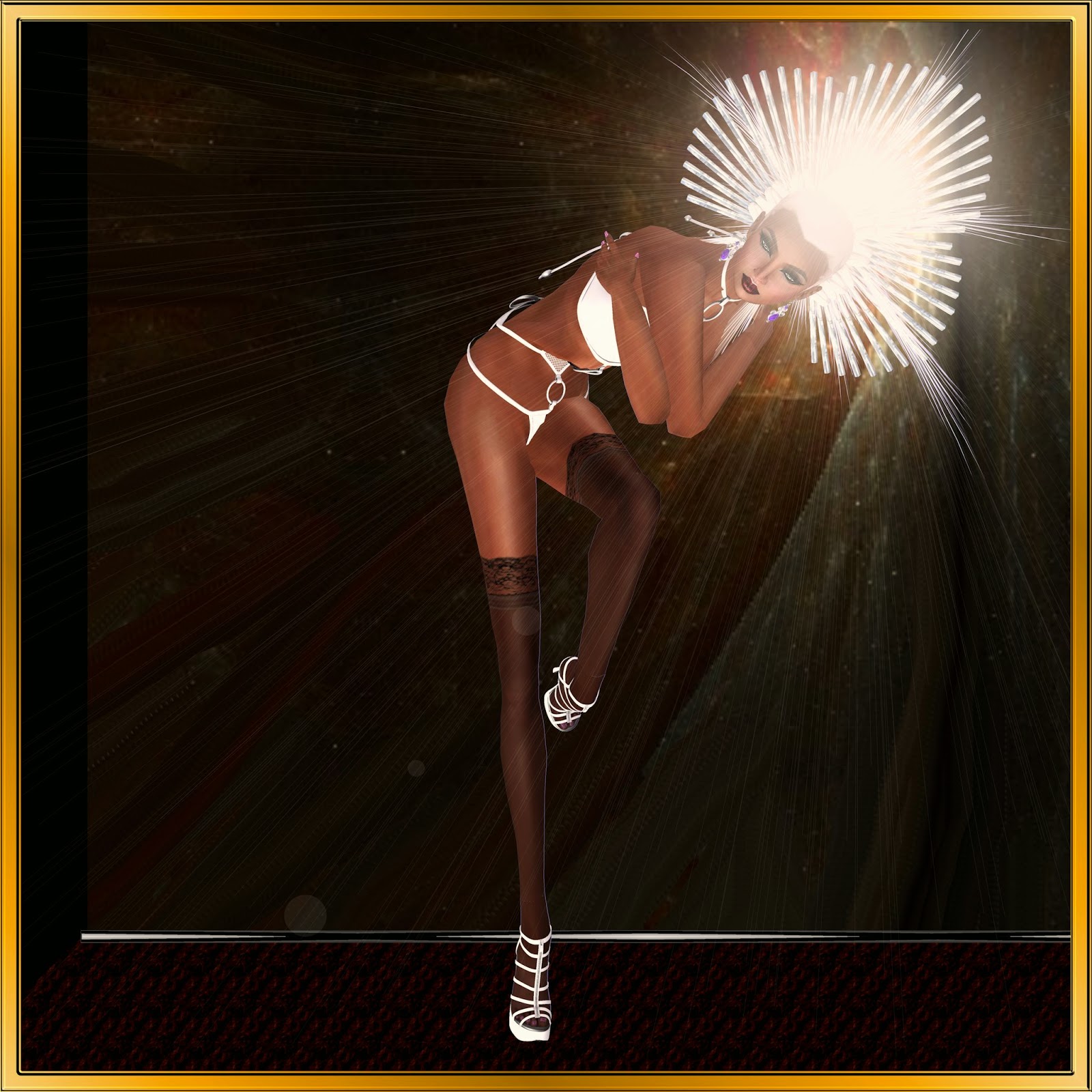 Today, I worked on a concept photo. I know there are enormous numbers of people who are awesome photo work experts. They can take a common little simple blank background picture and turn it into a masterpiece. My dearest Ms. Oh-la-la can do it. I've seen it in other photographers' portfolio as well. But I've barely begun to put my toe in the water, and certainly not ready to jump into the deep end! I had the inspiring new hair from !:Lybra:! It made me feel like a ray of light and energy, and I do often feel like that's my role, not connected to any business in SL or out, to share a ray of light, a bit of life and positive energy. New swimwear from Brii Underground at Summer Fashion Festival, bright white (or black as the other option) suited my brilliant light I wanted to translate to you via my photograph. For a concept photo, I hope it worked. I know it's a lot of fun to really play with a photo once it's taken and now that the bug has bitten me, I hope to share others in the near future.