Celebrating the Silent Beauty Of Show by Living Imagination at The Couturier's Docks, Plus New from Gaeline and Poses from KaTink

I'm certain it's the season for weddings and bliss and all things good that come to couples in love. When I read of weddings, I think of warmth and sunshine and white gowns like this one by Living Imagination﻿ called Silent Beauty Of the Snow. I didn't receive it as a dress specified for such a ceremony but it still has that feel to me. Maybe I'm just lost in the idea of love and the fun of the moment. That cannot be a bad thing! Being lost at The Couturier's Dock is never a bad thing either. There are a limited number of this gown, so you should visit soon. Many awesome designers contribute to the sale there, and each piece is special. 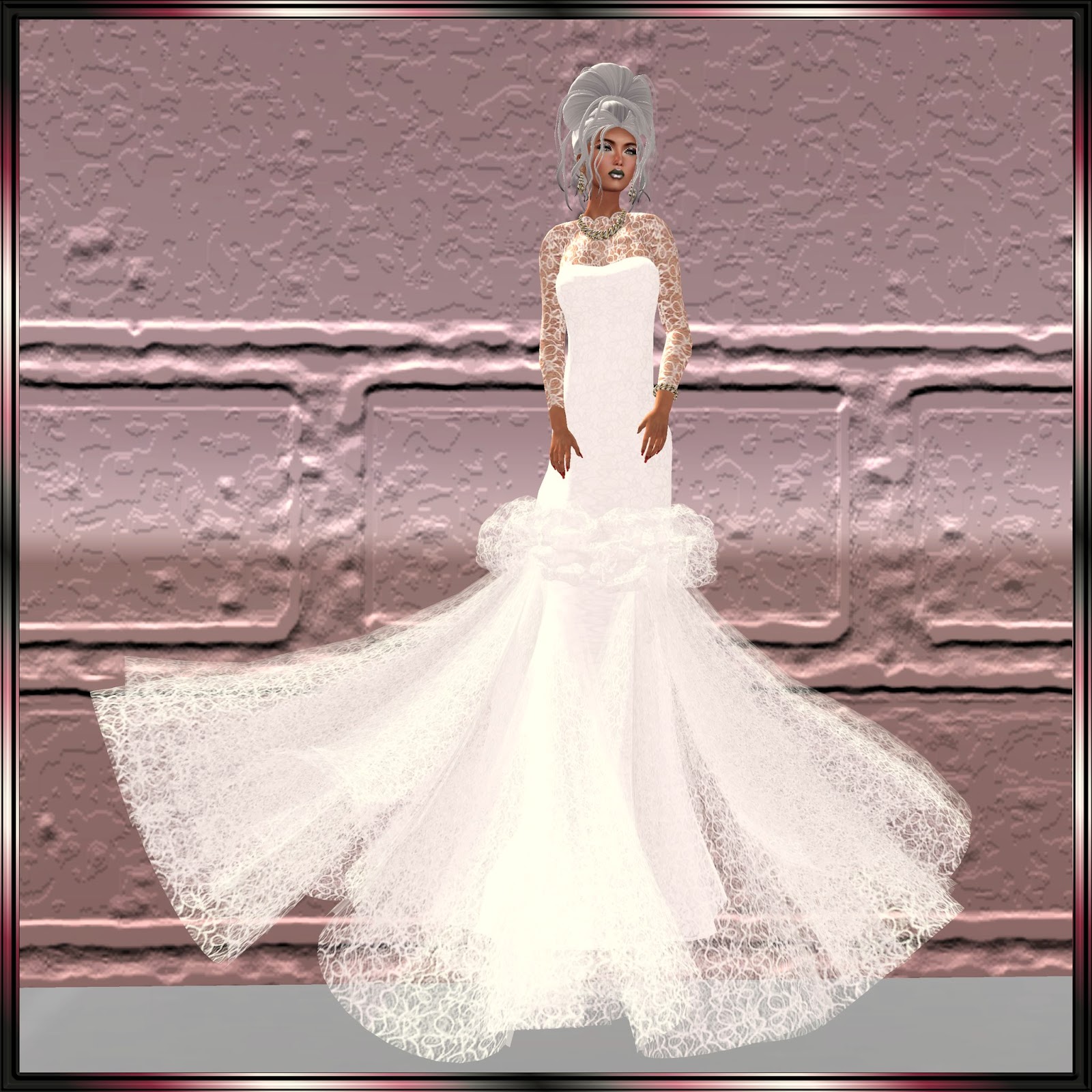 I went to a folder called ((Celestina's Wedding)) to see what I had that would accompany this new gown and found jewelry I don't think I've ever used; a sweet discovery indeed at any time. This jewelry set is called "Twist Chain Set" and it has a HUD that allows for all sorts of color changes, making it a dynamic set suitable for many outfits. 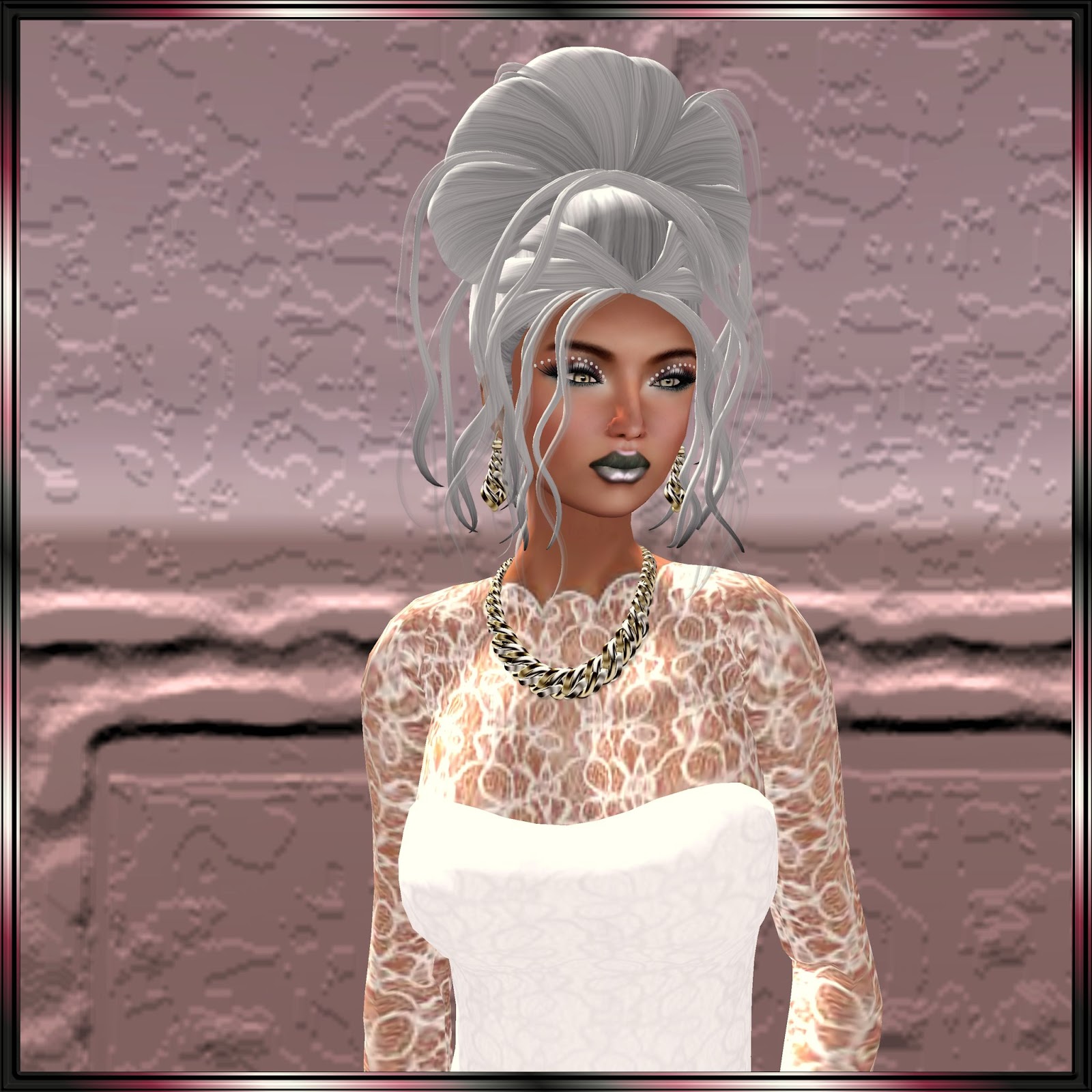 I put together the outfit and then looked at the great new set of poses released by KaTink Poses﻿, the Dilan set. Sometimes pose sets are specific to a certain style of clothing, other times they're tailored to show an item off more than other items in the outfit, like a pose to display jewelry or shoes. I think the Dilan set offers a good variety of options in the set, and whether you're in a gown like I am, or wearing a casual look, the poses would work. To me, that makes them more valuable. I like flexibility of use in any item. It helps me stretch my dollar farther. 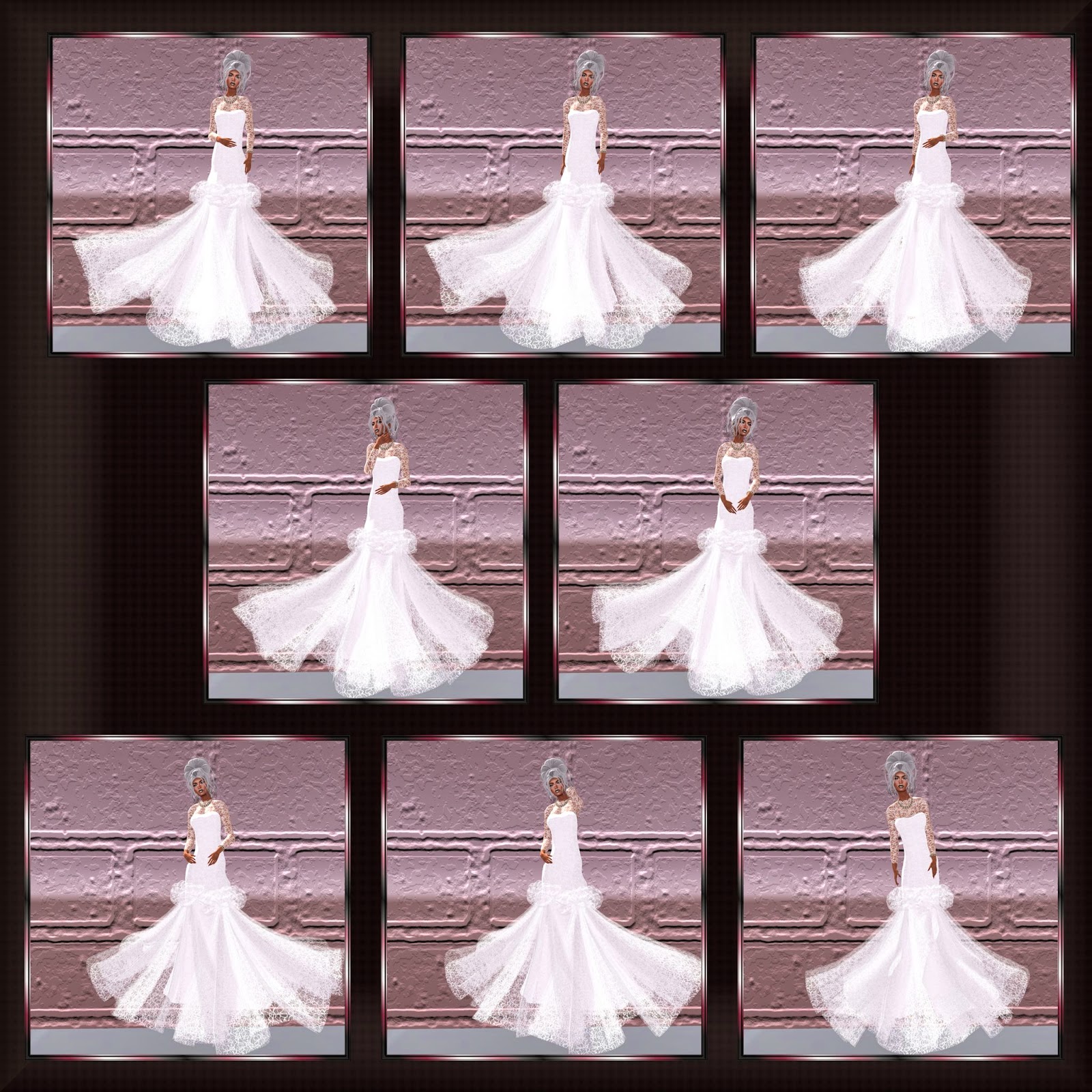 I had a great time perusing Gaeline's lashes recently. I had recommended them to a good friend because of the ease of use of the HUD. When I went to find them on Market Place, I realized there were a host of new releases I didn't own. Gasp! I had to get the new ones and have been showing them to you this week. This particular style called Stella have little gems on each lash, glamming them up a notch or two, and making them unique to the other lashes I have by Gaeline.