Before I jump into June, I have to pause and share something meaningful about a lady named Sky Summerwind﻿. Like many of us, she's experienced the ups and downs of the economy and how it affects our day to day lives. While she'd enjoyed Second Life as a place to play and have fun and even created a few items to wear and use in Second Life prior to October, in October 2013, she determined to make a financial difference in her world via her store. 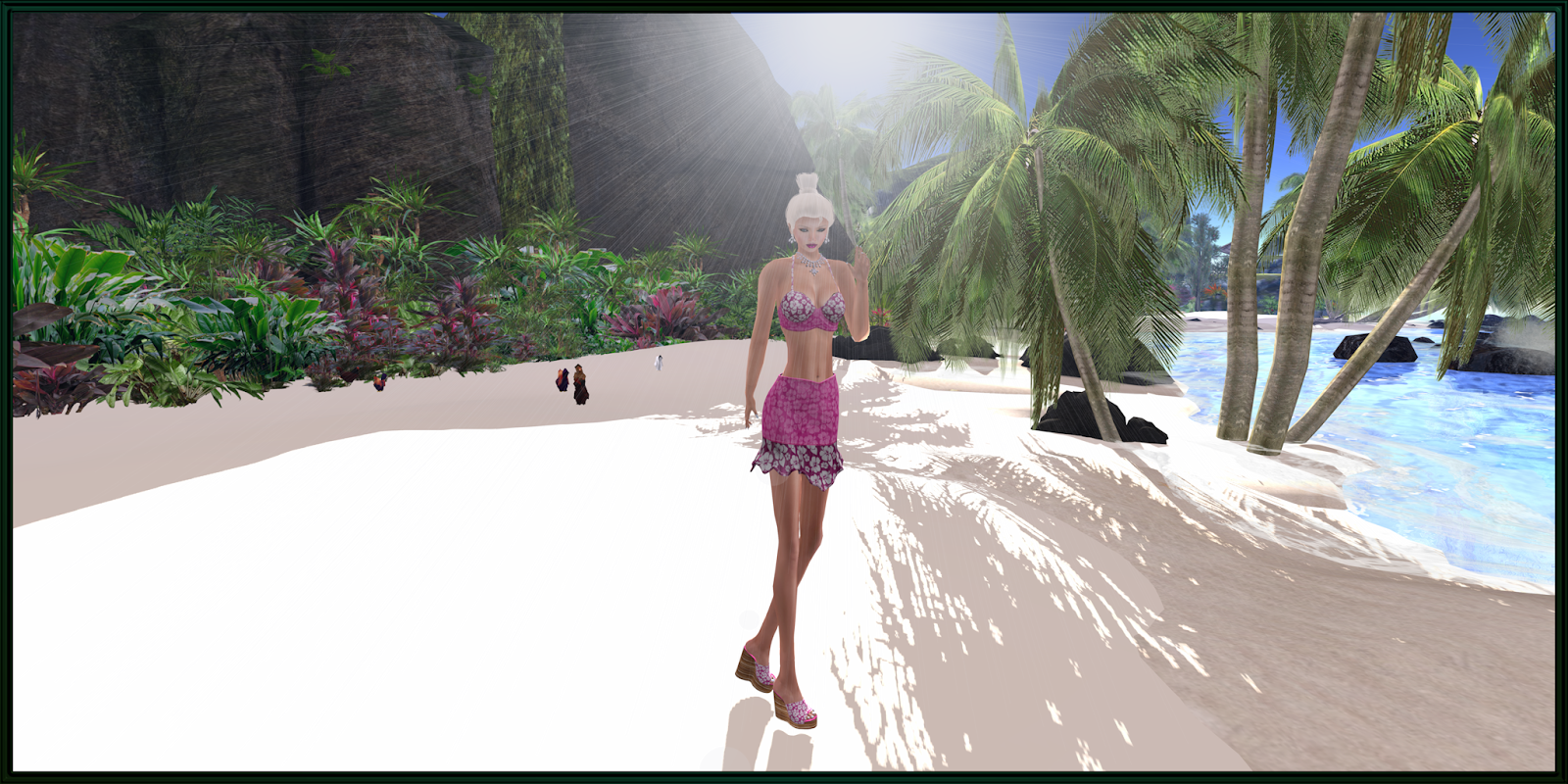 I could feel her enthusiasm; the passion she had jumped off the page when she typed about her dreams. I knew that with the energy she had to put into her decision, it wouldn't be long before she had reached that goal, where the work she did in Second Life could enhance her family's finances. I remember when she told me the first time it happened, and I squealed with her in joy and sense of pride. She believed in herself and she made it happen. I worked with her as a model for one of her HUD frames for a new release and she offered to pay me. I said no thanks. But I did tell her one thing that would mean a great deal to me. I suggested that she name a new garment after me instead of paying, and it would thrill me to no end. So... here's Aloha Caryn. I used another of Asset's new releases Cao Cao (which reminded me of a favorite Mooooo friend of mine), as hair, a perfect do for playing in the sands off Maui. I also added Face Paint's new Simplicity (eyes only) layer. And with that, the compilation was complete. I could close my eyes, inhale and smell the sea spray and hear that heavenly surf.